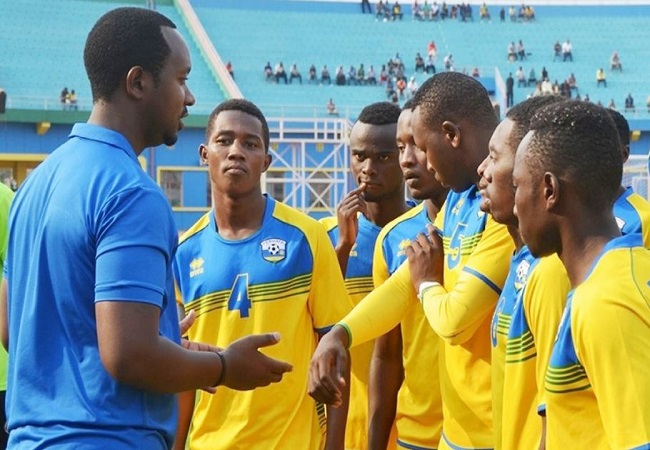 Rwanda will take on Mozambique in the Africa Cup of Nations (AFCON) qualifiers within one month. However, The national football team is currently without a head coach.

Amavubi will host Mozambique on 22nd March, on match-day 5 in Group F.

The contract of Vincent Mashami – who had been in charge since August 2018 – ran out on 11th February. This occurred less than two weeks after guiding the team to quarter-finals of the African Nations Championship in Cameroon.

To his credit, it was Rwanda’s best performance in a major competition under a Rwandan coach. Many, pundits and fans alike, say he deserves a new contract to steer Amavubi to greater heights.

While there is no timeline for the appointment of a new coach, this publication understands that the main actors – the football federation (Ferwafa) and Ministry of Sports – will likely go for a foreign coach.

In a press conference last week, Guy Rurangayire, the acting Director of Sports at the sports ministry, said that “Mashami is replaceable. We will announce a new head coach in due time. Obviously before the Mozambique match.”

Will Amavubi automatically start winning just because a foreign coach steps in? Of course not. For a team that has had at least 12 foreign coaches since 2005 and failed to qualify for AFCON even once, it is plainly evident that nothing is so special about foreign coaches – well, apart from their exorbitant salaries.

Not to sanitise any failures on the part of coaches, including Mashami. But the biggest problem for Rwanda football has always been poor administration, and lack of a blueprint for sport’s development.

The focus right now for those in charge should not be how they can replace Mashami. But rather how they can put in place necessary fundamentals – short and long-term – to help him and future coaches succeed.

What the country needs is a root-and-branch overhaul of our national game and, a rethink and complete reset that bases the new system on rebuilding from the grassroots level.