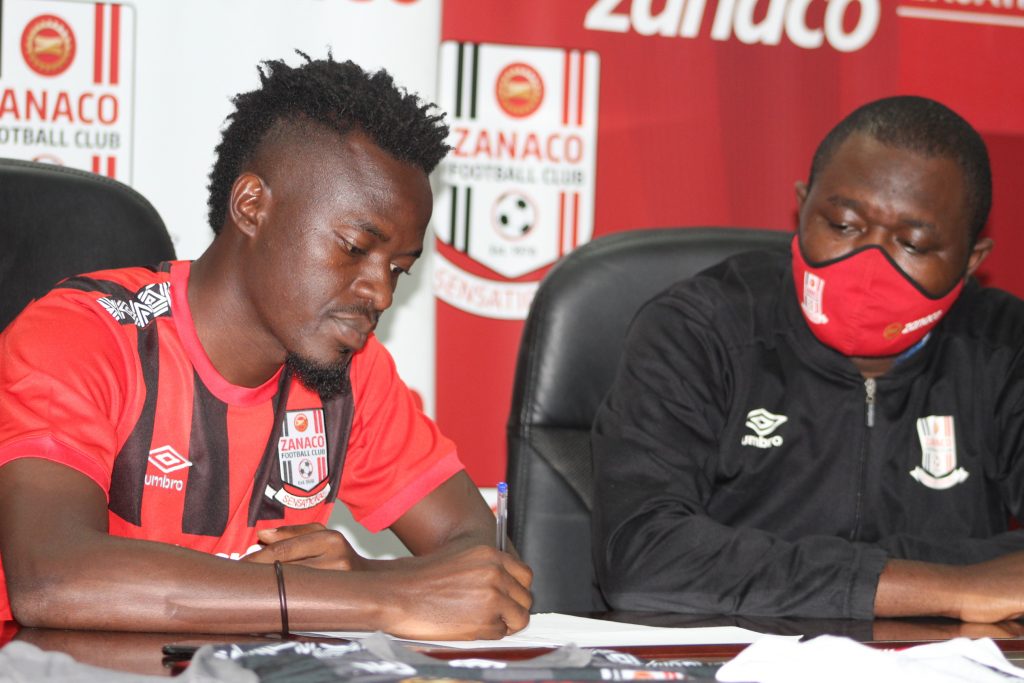 Zanaco FC of Zambia have bolstered their squad with the signing of midfielder Nizeyimana Mirafa from Rwanda.

Mirafa has signed for the Lusaka bankers on a two-year contract from Rayon Sports FC, a team he used to captain.

He later moved to Etincelles before playing for some of the top elite clubs such as Police FC, APR FC and Rayon Sports.

Mirafa has since told Zanaco media team that he was looking forward to playing for the Zambian giants.

“Zanaco is one of the biggest clubs in the Zambian Super League, I feel honoured to be part of this great club. I am working very hard to establish myself and compete. My target is to see Zanaco achieve a top 4 finish in the local league and at least group stage in the Champions League,” Mirafa is quoted saying.

The man from Rwanda will find at Zanaco company of other foreigners such as Jacques Bitumba Bakulu from Congo.

Zanaco are also employers of Cameroonian midfielder, Moussa Souleymanou who returned to the club after a four-month absence.

Zanaco are second on the log table of the Zambia Super Division with 29 points from 17 games, two points behind leaders Zesco United.