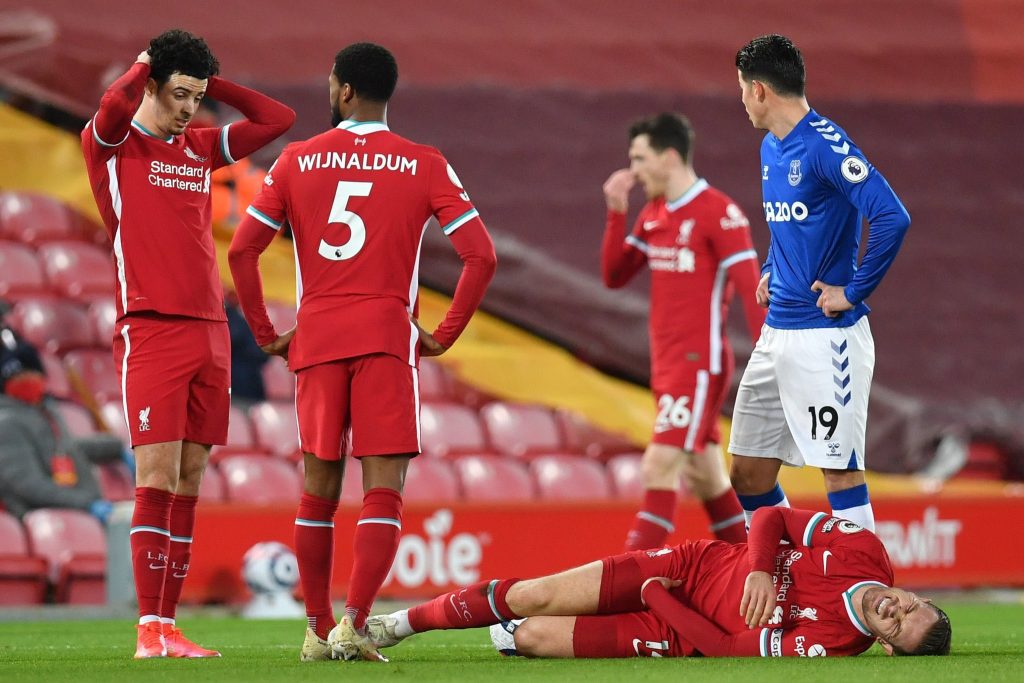 Liverpool manager Jurgen Klopp says they are yet to ascertain the severity of injury sustained by team captain Jordan Henderson in Merseyside derby 2-0 loss to Everton.

Henderson was substituted in the 30 minutes at Anfield after he picked up an injury.

Klopp in his post-match conference said the midfielder who played as a center back in the game will have to undergo further assessment on Sunday.

“It’s the groin/adductor region and nobody in the medical department was positive about it.

“It doesn’t look good, but we have to wait, of course, for the scan tomorrow, hopefully.”