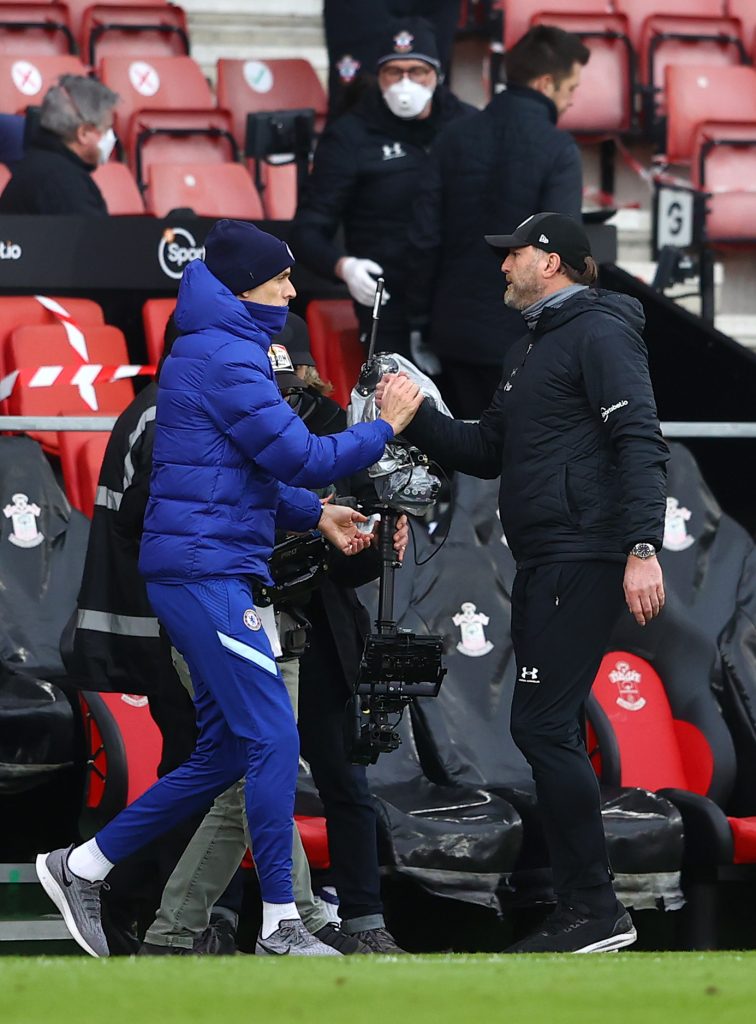 Chelsea manager  Thomas Tuchel made history as the 16th manager in Premier League history to avoid defeat in his first six games following their 1-1 draw against Southampton.

Chelsea continued their unbeaten streak in the Premier League since Tuchel took over as manager from Frank Lampard in January.
Tuchel has now guided the Blues to four win and two draws in six Premier League games and the first since Maurizio Sarri in September 2018.
Chelsea dominated possessions and look more dangerous to take the lead but unfortunately found themselves trailing.
Liverpool on loan player to Southampton, Takumi Minamino scored for the Saints in what was his third goal since his loan move to St Mary’s Stadium.
Minamino having failed to score a goal while in Anfield now has more Premier League goals in three games for Southampton.
Mason Mount equalized for Chelsea in the 54th minute to become the 25th different player to score a penalty for Chelsea in the Premier League.