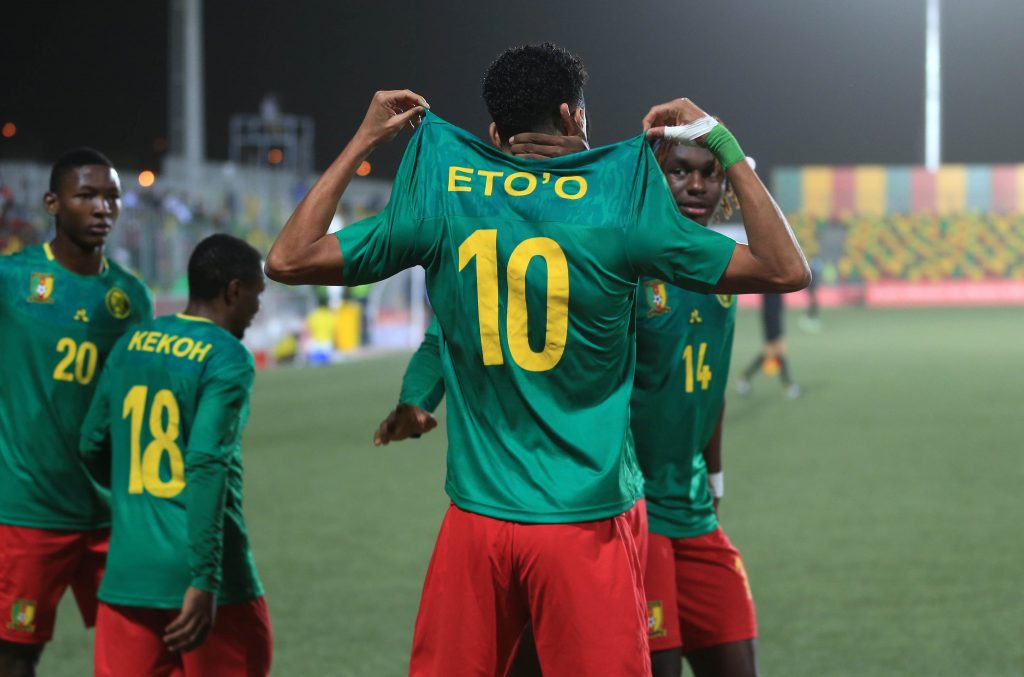 Cameroon have ended the AFCON U20 group stages with a strong win over Mozambique on Saturday night (4-1) with Etienne Eto’o putting down a masterpiece.

And the teenager proved him he deserved to be a starter. The 18-year-old scored a scorching free-kick in his first start after just seven minutes of play.

He came back with a penalty later in the additional time of the first half to hand his side a 2-0 lead at half-time.

Etienne Eto’o provided an assist for Kevin-Prince Milla who scored the third goal before Abdoulaye Yahaya made it four (87 minutes).

Read : AFCON U20 : nothing to separate Ghana, Morocco in second Group C match

With nine points Cameroon tops the Group A table followed by Uganda who have six as both teams qualified for the U20 AFCON quarters.

On the other hand, hosts Mauritania (3 points) and Mozambique are sent to packing.

Watch the video below in case you missed the game.