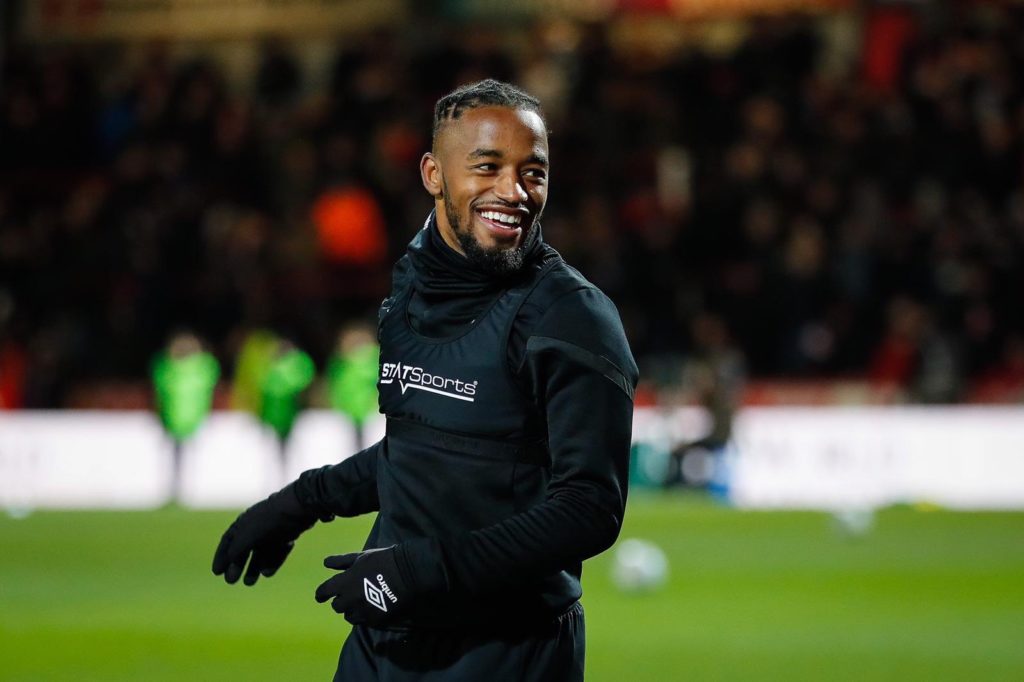 Ghana Black Stars and Brentford player Tariqe Fosu reveals his future plans as he said he is aiming at playing in the English top-flight.

Speaking to reliable Ghanaian outlet Ghanasoccernet, the 25-year-old said he wants to emulated Ghana legend Michael Essien who has had a marvelous stint at Chelsea;

“(…)I want to play in the Premier league, I have grown up watching some of my country men making us all proud and going all out amongst some of the best players in the world so I really want to get there and do the same”, Tariqe Fosu who has three goals in 24 appearances said.

“Essien was massive for Chelsea and I remember when Ayew first came to England he was unplayable so it something I want to do and achieve in my career (…)”, he added.

In addition, Brentford are currently second on Championship table with 57 points.