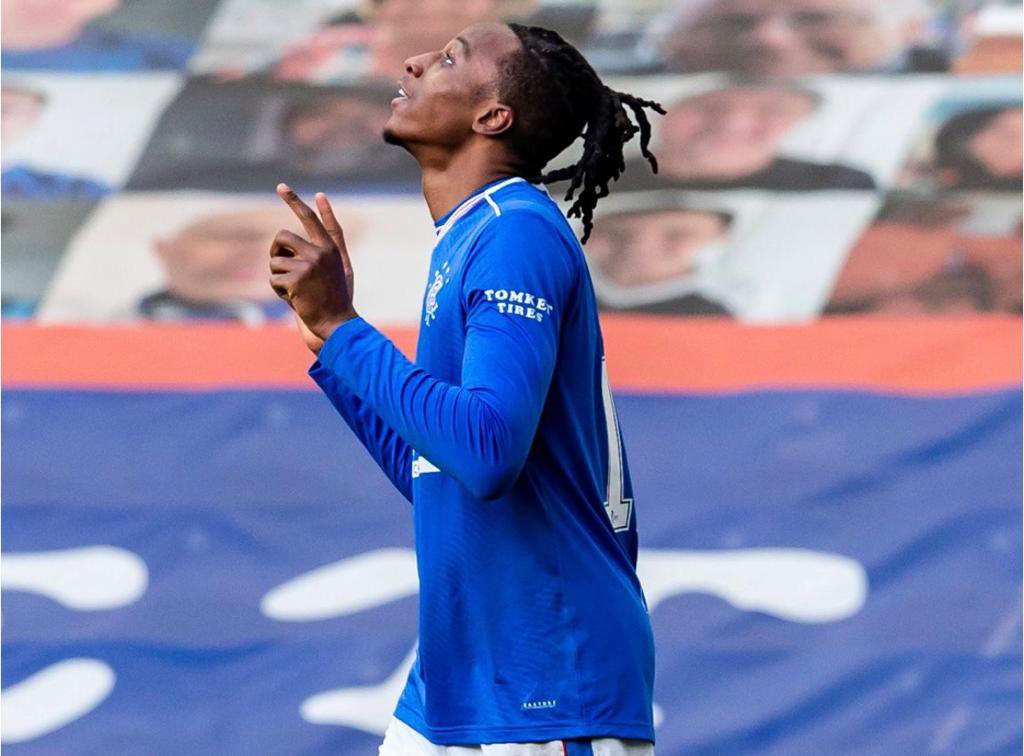 Super Eagles and Rangers FC midfielder Joe Aribo returned thanks to God after he scored a brace in Rangers 4-0 win over Dundee United in the Scottish Premier League.

Aribo scored in both half to help his club edge closer to win the SPFL title.

The Nigerian international took to his Twitter handle to celebrate the victory.

In the same vein, his performance earned him a praise from his manager Steven Gerrard who described him as a ‘Fantastic kid’.

Gerrard was full of praise for Man of the Match Joe Aribo as he put in another strong performance and topped it off with a superb second-half goal.

“It was a fantastic strike, he is really back now.

“He was out for a long time, it was his first injury in his career and he had an illness on the back of that so it took him quite some time to get right back in the groove.

“He was fantastic today, not just the goal but his running power, his quick feet and the way he outplays people.

“He is a fantastic kid, you can’t get him off the training pitch, he’s always working on his game.

“He decided to come to Rangers to develop and grow and he is certainly moving in the right direction.

“There’s no surprise that he is getting a lot of good performances in his game right now.”