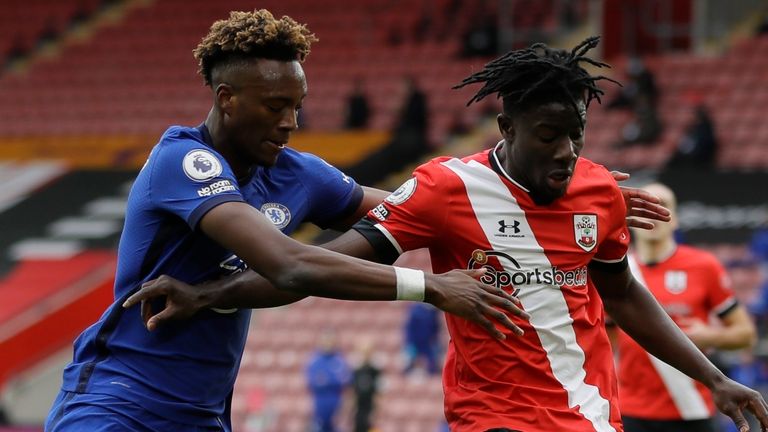 Since leaving La Liga side Real Valladolid, Salisu has been hampered by injuries which complicated adaptation to new life in England for the 21-year-old.

However, Salisu completed his full debuts against Blues of Chelsea on Saturday and help them in holding Thomas Tuchel’s men with a 1-1 draw at St Mary(s Stadium.

“I think he did a good job”, Hasenhüttl said as Salisu played full 90 minutes.

“He is a real defender I think. That is what he shows and with the ball also, good game management.

“We didn’t play that much football I think. We can do it much more.

“But it was a lot of pressure on the ball and then it’s not so easy to be calm and find the right decisions.

“But I was happy with him, definitely“, he concluded.

Salisu is expected to feature for the Saints when they face Leeds United on Tuesday evening (18:00).