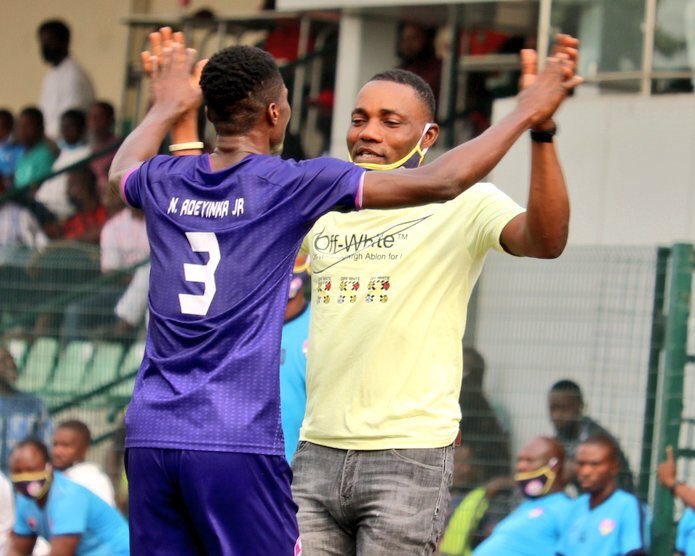 Nigeria Professional Football League(NPFL) side MFM FC has confirmed the appointment of Olalekan Gabriel as the interim head coach.
Gabriel will takeover from Anthony Bolis who was earlier told by the club to step aside following series of poor results.
Africatopsports.com obtained a statement signed by the club Director of Football, Barr. Davidson Adejuwon on Monday.
Gabriel on Sunday guided the Olukoya Boys to defeat winless Adamawa United 2-0 at the Agege Stadium.

Read Also: NPFL:Bolus has not resigned, has not been sacked-Enakhena

The management of MFM FC decided to pitch their tent with the ex NPFL player who had played for Shooting Stars, Sharks FC, Union Bank, Gombe United player as the team’s new manager on interim basis.
He is not a novice in the club having been with the club for over a decade where he served as assistant to Fidelis Ilechukwu and Tony Bolus.