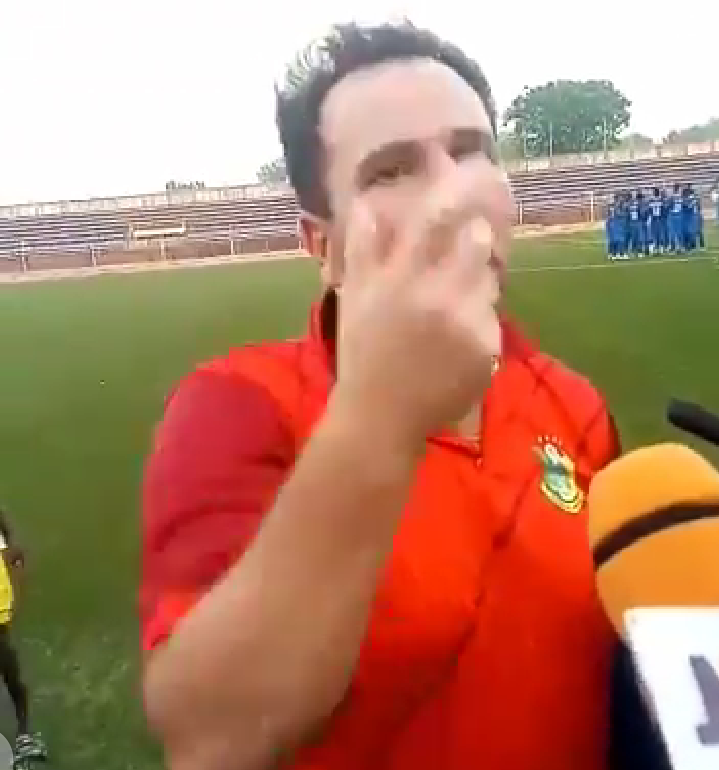 The Sai MaSu Gida side suffered a 1-0 loss to Lobi Stars in Makurdi in Matchday 11 of the NPFL game.

Ogunye Austin’s 4th minute strike was enough for the Lobi to get all the points.

Soccoia despite the defeat praised his boys for their performance but was unhappy with Lobi Stars delay tactics.

The French tactician in his post-match interview said it was disappointing to see the players of Lobi Stars falling down easily.

“This is not a football game, Lobi Stars players delay tactics will not help matters in moving the league forward,” coach Lionel lament.

He said, about 20 minutes were wasted from start to the end of the match due to the delay tactics employed by Lobi Stars,

which he described as sickening and does not want to play against a team with an attitude like that of the food basket side.

According to the former Cotonsport tactician, the Sai Masu Gida were paid dearly for failing to convert their chances in the game and has now shifted his focus to the Match Day 12 at home to Sunshine Stars of Akure.

On his part, captain of the said, Rabiu Ali aka Pele has thanked Almighty Allah for an injury free game despite the defeat.

The King, as he is fondly called by his fans and teammates has commended the League Management Company of Nigeria, LMC, for their effort to move the league up to a global standard and has also called on them to be vigilant as some stakeholders might smear the image of the league.

With this, Kano Pillars FC remained 3rd on the log with 20 points from 11 matches.

The national champions are expected to leave Makurdi to Kaduna, Monday morning ahead of the Match Day 12 fixture against Sunshine Stars on Wednesday at the Ahmadu Bello stadium Kaduna.