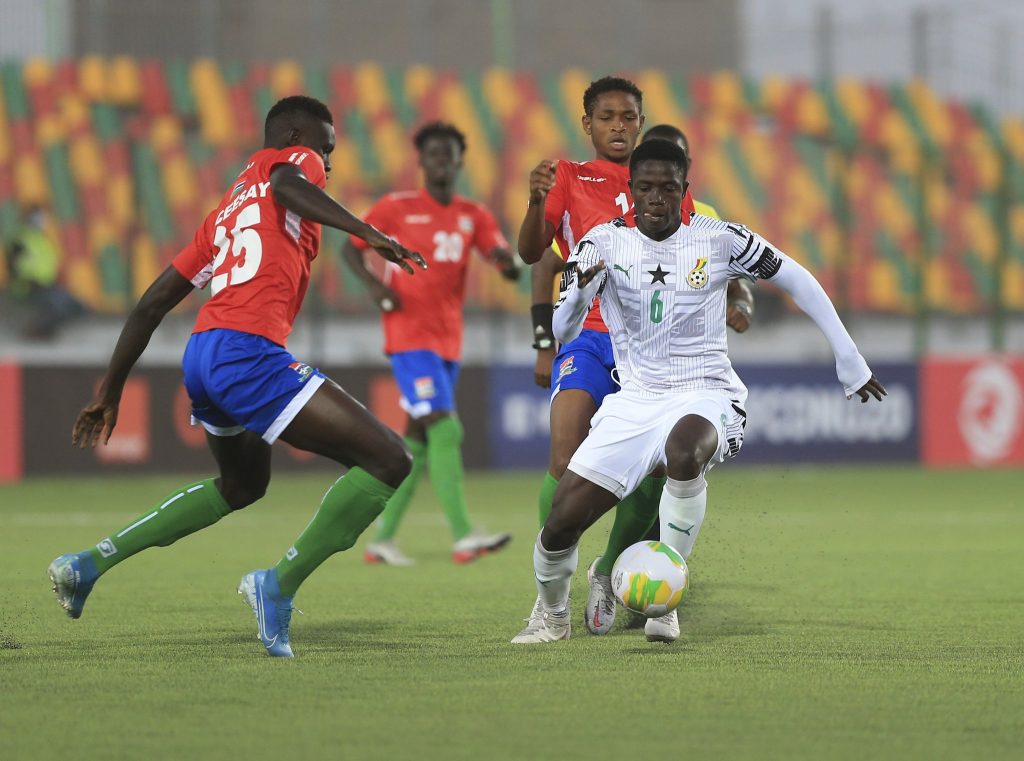 Gambia U20 made history as they came from behind to defeat Ghana 2-1 and qualify to the quarter finals of the Total Africa U20 competition in Mauritania 2021.

The Young Scorpions having lost their opening Group C game, faced a Ghanaian side who already have four points in two games.

Abdul Fatawu put Ghana in front just right minutes of play from a set piece that went inside the net.

The victory sends the Gambia to knockout stage for the first time in 14 years when they finished third at the 2007 edition in Congo Brazzaville.

They will face the Central African Republic in the quarter finals.

The Black Satellites also qualified for the last eight to face Cameroon in Nouakchott.

The young Atlas Lions scored all their goals within the opening 13 minutes of the game as they affirmed a place in the last eight.

El Moubarik broke the deadlock after just four minutes, scoring from the penalty spot after Essahel was hacked down inside the box by Tanzanian centre half Laurent Laurent.

Four minutes later, they were 2-0 up when Essahel easily tapped into an empty net after Tanzanian keeper Daniel Mgore was drawn to the near post in an aim to cut out Tawfik Bentayeb’s cross from the left.

The Moroccans continued their emphatic start to the match and they were 3-0 up in the 13th minute when Mouloua strode into the box after being played through with a ball planted behind the defense to beat keeper Mgore one on one.

The Young Atlas Lions will take on Tunisia in a North African derby on Friday in Nouadhibou.