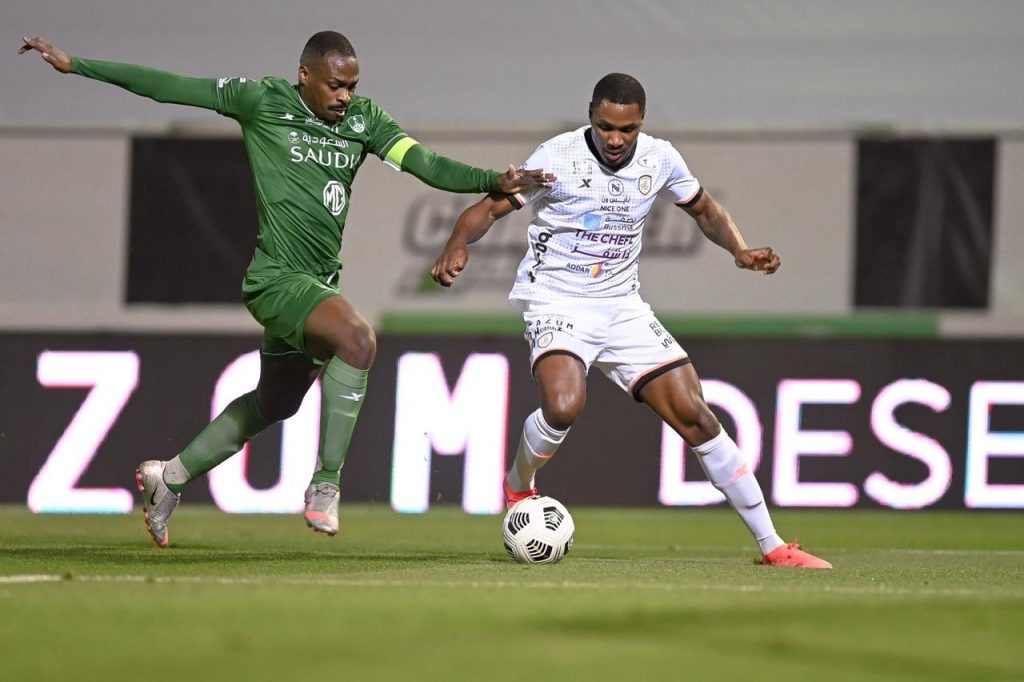 After having scored his first goal with Al-Shabab a week ago, Odion Ighalo has been impressive Monday night in his side’s 3-0 to Al Ahli.

The adaptation to new life in Saudi Professional League is not a heavy task for the Nigerian forward who is blossoming already in the Asian country.

Against Al Ahli on Monday night, Ighalo was a second-half substitute in the team of Patrice Carteron.

The 30-year-old came on the pitch by subbing midfielder Hussain Al-Qahtani.

And the former Manchester United man proved his coach right by providing an assist to his attack teammate Cristian Guanca in the additional time to seal a 3-0 win.

Al-Shabab still top the table of the Saudi Professional League with 40 points after 20 games played.