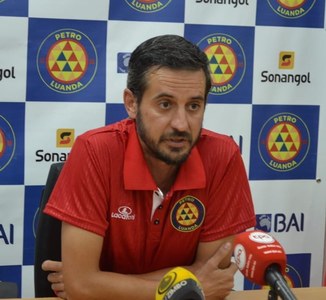 The coach has been sacked after Luanda lost 1-0 to Wydad Casablanca on Tuesday and 2-0 to Horoya AC on February 13 2021.

Club president Tomas Faria announced the termination of the coach’s contract on Wednesday in a press conference.

Luanda are in the same group with Kaizer Chiefs from South Africa.

Chiefs and Horoya drew 0-0 in another match for the group played in South Africa on Tuesday.

Back home, Luanda lead the domestic league in Angola with 22 points from 11 games, one point ahead of Interclube.