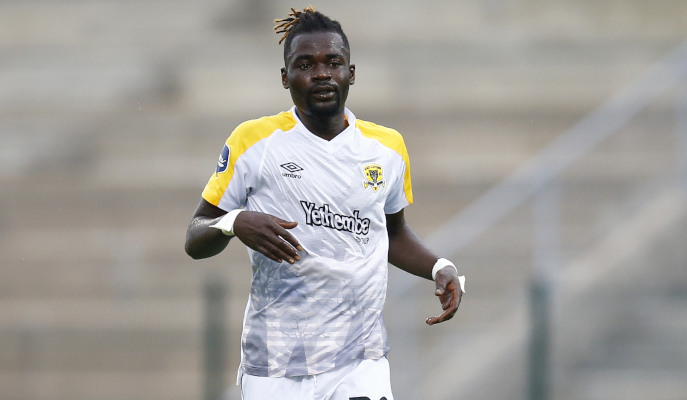 Ghanaian striker Mohammed Anas has thanked his wife and children after he scored a brace for Black Leopards in 2-1 win over Golden Arrows in South Africa on Tuesday afternoon.

In a post-match interview with SuperSport Television, Anas credited his impressive performance to his family.

“Thank you very much, I think yeah, I have been pushed a lot throughout the season, so first of all I have to thank my wife and my children for keeping on pushing me even if I am playing or not playing,” Anas said.

The DStv Premiership match took place at Sugar Ray Xulu Stadium in South Africa where Anas scored first in the 35th minute via a header.

Eventually, the new signing completed his double with a curling shot in added time.

Anas canceled out Michael Gumede’s earlier equalizer for Arrows in the 53rd minute.

In 2017, Anas, then playing for Free State Stars, courted controversy when, during a post-match interview with a television presenter in South Africa, he erroneously thanked his wife and girlfriend.

“I appreciate my fans, and my wife and my girlfriend… I mean my wife… I’m sorry to say, my wife,” he said after the match against Ajax Cape Town in that year.

He had scored twice to win man of the match award in the game that ended 2-2.