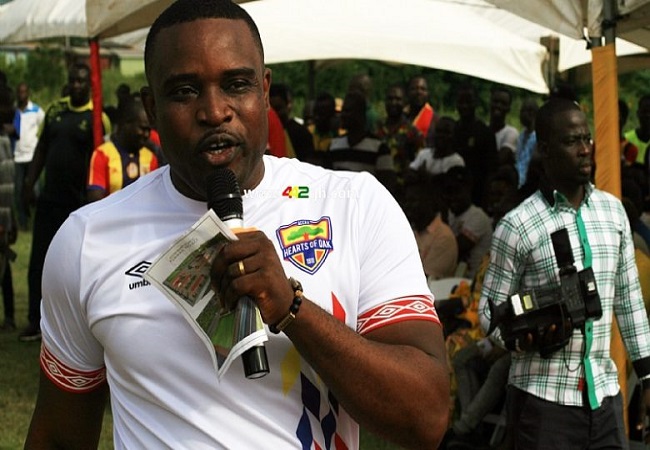 In the midst of the ongoing turmoil the Hearts of Oak that has seen head coach Kosta Papic, assistant Asare Bediako and others resigning, Elvis Herman Hesse is not happy.

Footballghana.com revealed that the Chairman of the National Chapters Committee (NCC) of Hearts of Oak, Elvis Herman Hesse Jr has also resigned as a member of the board of the club.

The hardworking supporters chairman was voted into the position in 2019. And he has since been a member of the board of the club.

With the club not looking like they are ready to heed to calls from supporters, it is understood that the NCC chairman has decided he can no longer serve on the board.

He has hence resigned as a board member. But he will continue to lead the supporters.