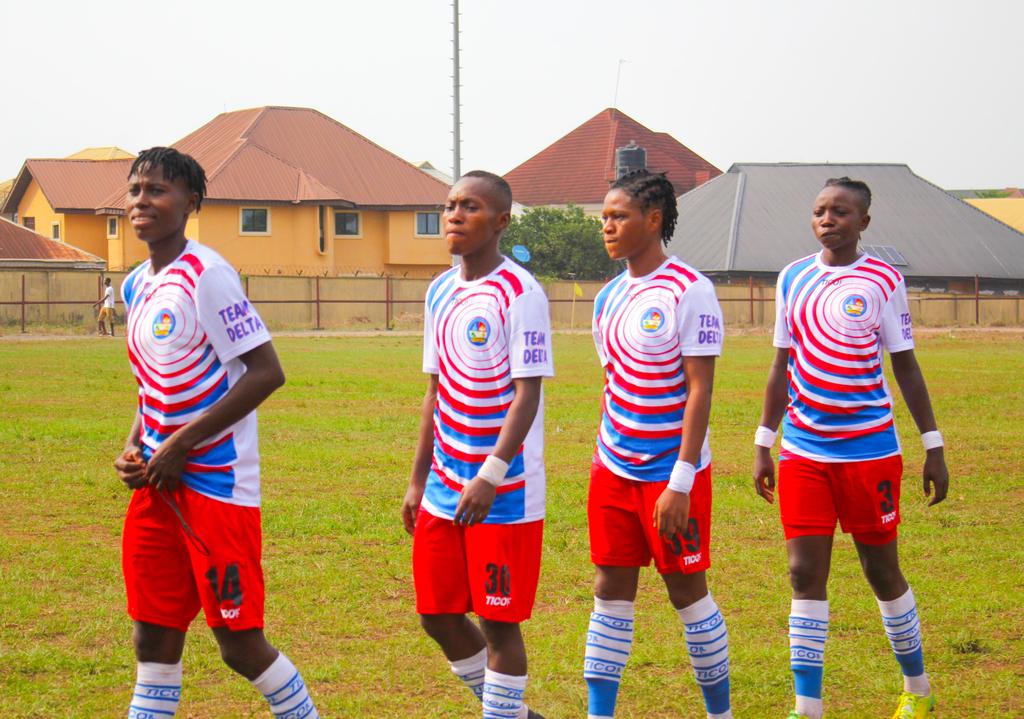 The Nigeria Women Football League(NWFL) Premiership enters week 7 on Wednesday after a thrilling round of fixtures last week.
After picking their first point on the road against Confluence Queens, Delta Queens will be hoping to build on that confidence when they host FC Robo at the Agbor Township Stadium.
Delta Queens who are still unbeaten at home this season will aim to maintain their perfect home record against an FC Robo side who are dangerous away.
The Lagos based club thrashed another Delta State representatives, Royal Queens 3-1 at the Legacy Pitch, National Stadium Surulere on Matchday 6.

Both teams need a victory to move up on the NWFL table.
A win will see FC Robo overtake either Rivers Angels or Bayelsa Queens depending on the results of both teams.
For Delta Queens , a victory could see them move to the top four.
In other thrilling round of fixtures, league leaders, Bayelsa Queens will travel to Umuahia to tackle Abia Angels.
Rivers Angels will hope to continue their impressive run when they play Pelican Stars at the U.J Esuene Stadium in Uyo.
Edo Queens welcome Confluence Queens at the Samuel Ogbemudia Stadium in Benin City.
Dream stars Ladies will be guests at the Warri Township Stadium against Royal Queens.
The South-West derby between Osun Babes and Sunshine Queens will be decided at the Oshogbo Township Stadium.
Nasarawa Amazons will take a trip to Uyo to lock horns with Ibom Angels.