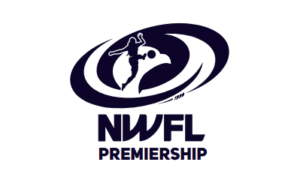 The team was also deported to the Dan Anyiam Stadium, Owerri, Imo State for their next home game scheduled for March 3, 2021.

The Chairperson of the NWFL, Aisha Falode, said Monday that; “Bayelsa Queens committed the infringement in the Match No. 41 played against Edo Queens FC of Benin at the Samson Siasia Stadium, Yenagoa, where it was established in the match officials reports that there was an encroachment, disturbances and disruption of the match by the home team fans.”

Falode, stated that, “Bayelsa Queens violated the following rules:- Fans invasion of the pitch, Disruption of match, Harassment and intimidation of visiting team by home fans, and non-adherence to stipulated Covid-19 protocol.”

Others violations commited by Bayelsa Queens are :

”Fans contact with players and match officials on the field of play and breakdown of security protocol at match venue.”

All these Falode stated, were capable of bringing the game of football to disrepute.

And she stressed that, it’s believed these sanctions will serve as deterrent to Bayelsa Queens FC and a strong warning to all the NWFL Premiership clubs.

In a related development, the NWFL also slammed a N500,000 fine on Edo Queens FC for the action of the team’s Technical Adviser, Mr. Rolandson Odeh, after the match.

Odeh, verbally attacked the referee in a post match interview after the Match Number 41 game against Bayelsa Queens at the Samson Siasia Stadium, Yenagoa.

The NWFL chairperson stressed that, “Rolandson Odeh, was accused of making some frivolous and unsubstantiated comments about the centre referee which put the league in question with disregard to the progressive efforts being put in place by the board of the NWFL to restructure the league.

“Therefore, Edo Queens FC was fined the sum of five hundred thousand naira (N500,000) for granting such incisive interview capable of bringing the game to disrepute.

“We believe the fine will serve as a deterrent to Edo Queens FC and also a strong and last warning to Mr. Rolandson Odeh.”

Falode, added that.; As Mr. Rolandson Odeh gets a final warning, the same goes to Bayelsa Queens FC which committed a similar infractions against Sunshine Queens of Akure in Yenagoa a few years ago and were equally sanctioned.

“A repeat of such violations would attract a stiffer sanctions,” Falode said.