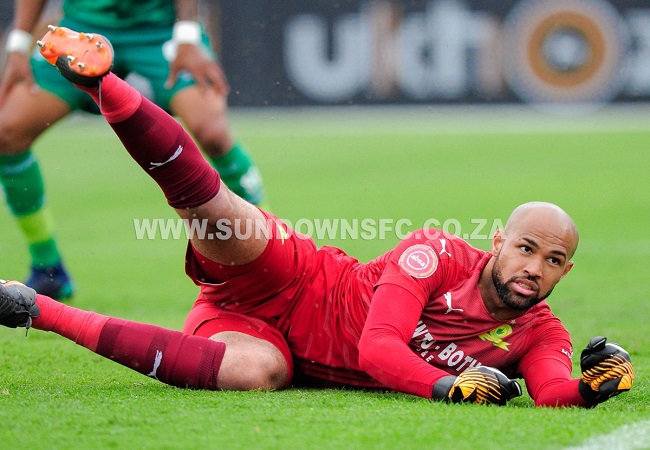 Former Mamelodi Sundowns goalkeeper John Tlale has urged fellow gloveman Reyaad Pieterse to leave the club to save his career. Tlale believes that Pieterse is gaining nothing by staying at a club where he is. At best, the third-choice goalkeeper despite having been capped at international level.

Confidence is a key attribute for any goalkeeper. And Tlale doesn’t feel that Pieterse will have much left after playing just six matches for Sundowns since joining the club in 2018.“You know what I can say to him is he must go to play for a smaller team.” Tlale told KickOff.com.

“His experience gained signing for the big teams shows that he’s got potential. So he must just go where he will play regularly for him to gain confidence, where he will make a name for himself. Because he’s been on the bench for quite some time now and it’s going to frustrate him, you understand.

“Percy Tau went to Witbank Spurs. There he played regularly, then he came back to Sundowns and was a regular. Staying at Sundowns and sometimes you are not even in the 18 [squad] for more than two years. It also kills his reputation, you understand.”

Veteran Uganda goalkeeper Denis Onyango remains an ever-present figure for Mamelodi Sundowns in goal. With neither Pieterse nor new signing Ricardo Goss getting a look-in this term when it comes to Premiership appearances. Goss got the nod ahead of Pieterse to start Sundowns Nedbank Cup Round of 32 match against Stellenbosch FC.

Pieterse is yet to be included in a Mamelodi Sundowns DStv Premiership matchday squad this season. And he could benefit from a loan move or permanent switch of club.