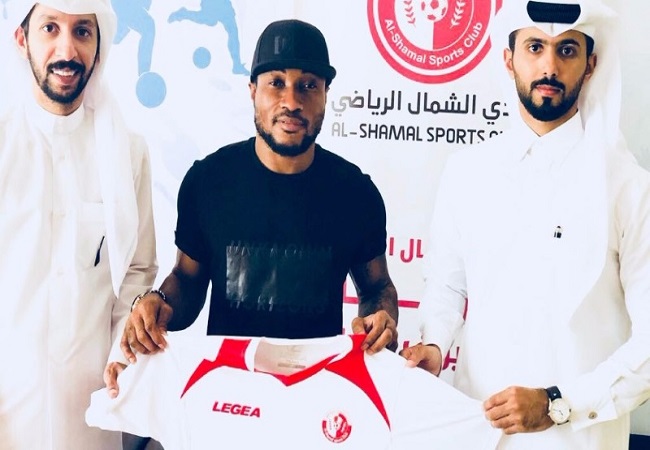 Former Ghana youth star Yaw Acheampong is determined to go all out to receive justice in what he believes is a settlement of unfair treatment received from Egyptian giants Zamalek.

The striker is bent on receiving $1 million [€823,105.00] from the North African side from a Court of Arbitration for Sport (Cas) ruling amid Zamalek’s claim of a 20 per cent out-of-court-settlement agreed with the player.

The former Asante Kotoko forward, who joined The Royal Club in 2017, denies reaching any such agreement.

“This is not right – this is what I do to feed my family.” Acheampong told BBC Sport Africa.

“They can’t treat people like animals. We are humans. And we came here to work.

“They have to be punished.

“I want to encourage other guys to fight for whatever belongs to them. This is what we do to survive.”

After being frozen out of the Zamalek first team, Acheampong cancelled his contract after 11 months with the club. A spell that had involved a loan stint with Petrojet.

“They will put you into situations that will frustrate you so that you say, ‘let me cancel my contract’. But because I know what I’m doing, I didn’t say anything.” The 30-year-old explained.

“As a professional, you can’t go three months without getting paid – automatically, Fifa rules [state] you are free to go. So I waited for that.”

Acheampong claimed he only received a little over half of his financial entitlements ahead of his loan deal with Petrojet. But Zamalek claims the player signed a contract stating he would forfeit his salary while out with the loan club.

“Nobody would do that.” Said Acheampong.

“The only thing I [knowingly] signed was that Petrojet would pay me the half-season I was going to play.”

Leaving Zamalek for a club in Qatar after terminating his Zamalek deal, Acheampong reveals he was again forced to sign a contract stating he had received all money owed him by the club. The only condition under which the North Africans would process the paperwork needed by Fifa to approve his transfer.

“Without that, they would never send the documents. If I didn’t sign, how was I going to feed my family? It’s so shameful that you can’t provide. When I was in Zamalek, I spent all my money that I had saved. Because they didn’t give me money.” Said the Ghanaian.

After Cas ordered Zamalek to pay Acheampong an amount of $1 million two months ago, a new twist emerged two weeks later when the North Africans wrote to the global tribunal, providing documents of having reached an out-of-court settlement with Acheampong to receive just about 20% of the amount.

This deal was said to have been reached with former Egypt goalkeeper Nader El Sayed, Acheampong’s supposed agent. But whom the Ghanaian distances himself from.

“I haven’t met El Sayed since 2018. So where did I meet to give him that?” Said Acheampong, who joined another Egyptian club, El Dakhleya, in January.

“I have no idea what Nader El Sayed and Zamalek are doing.”

Acheampong began his Zamalek career on a high, scoring twice on his debut. A managerial change, however, soon put him out of favour, leading to his predicament.