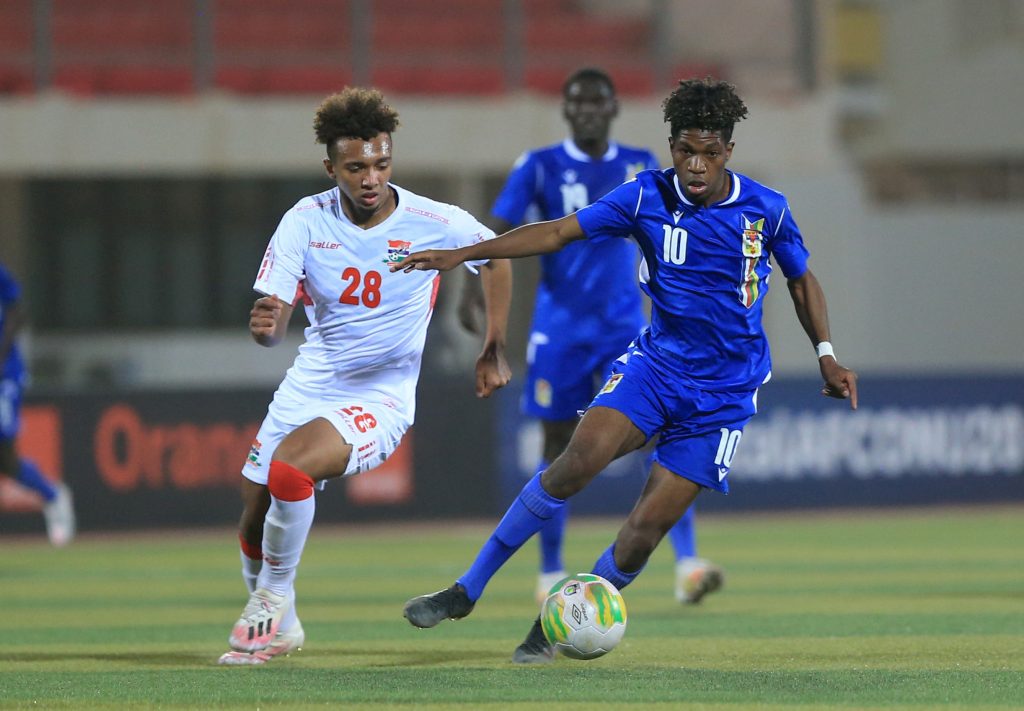 Gambia beat the Central Africa Republic (CAR) 3-0 in Nouakchott on Friday qualify for the semi-finals of the Total U-20 Africa Cup of Nations (AFCON).
The Gambians have booked a last four re-match with Ghana who they earlier defeated in their last Group C game.
Wally Fofana, Momodou Bojang and substitute Alieu Barry were on target in either half for the Young Scorpions who now aim to do better than their best performance in 2007 when they finished third.

The Central Africans might have finished the opening 45 minutes off on a high, but the bulk of chances fell on the Young Scorpions.

It took them just four minutes to get into the lead when Fofana struck low into the net after a cutback from Drammeh Kajally.

The Gambians were rewarded for a lively start and just a minute before scoring, they had threatened with Kajally’s shot from the left hit the side netting after being played through by Lamarana Jallow.

The Gambians continued their dominance and had another chance in the 18th minute when Jallow pickpocketed the CAR midfield of possession before feeding Bojang through, but the lanky striker’s low shot was saved by the keeper.

Four minutes later, it was Bojang’s turn to play provider to the impressive Jallow, sending him through on goal with the latter dribbling into the box.

However, his shot after losing balance greasing through challenges went over the bar.

The two combined again a minute on the turn, this time a text book counter seeing Jallow gallop his way into the area, but the eventual shot was well saved by the CAR keeper Emmanuel Takos who had been busy all through the opening exchanges.

Off a corner in the 26th minute, Gambia had another chance, Kajally’s delivery from the right finding Edrissa Ceesay’s towering frame at the edge of the six yard box, but the defender’s header flew straight to the keeper’s waiting gloves.

Towards the final quarter an hour of the half, CAR had began to grow into the game and the fact that they had dodged the bullet several times perhaps injected some belief and confidence to get something.

They had a clean chance on the half hour mark when Raphael Marc Yapende’s pinpoint cross from the left found Henoc Damona inside the box, but his header went inches over the bar.

Five minutes later, Gambia survived when a stray pass from defender Lamin Jawarra was intercepted by Isaac Ngoma who released Yapende on the left, but the latter’s shot hit the side netting.

A minute to the break, CAR threatened again, this time Ngoma trying his luck with a shot from distance but the Gambian keeper Lamin Saidy saved, and was quick off his feet to grab the rebound with Damona sprinting towards it.

In the second half, CAR sought to start off from where they stopped in the opening half and had a golden chance three minutes after the restart when once again Jawarra lost the ball cheaply on the right.

Alfred Gombe Fei picked up the ball and cut back to Ngoma at the edge of the six yard box, but the diminutive striker’s shot on the half turn was saved by the keeper.

For that missed chance, CAR were immediately punished.

Bojang picked up the ball inside the box off a quick transition, dummied past two CAR defenders before slapping the ball into the net.

The Central Africans were punctured by the second goal and while their confidence gradually dipped, Gambia were comfortable knocking the ball around in pockets of spaces.

They still had some fight in them though and with 13 minutes left forced Gambian keeper Saidy to a double save.

The keeper went down well to save a shot from Moustapha Djimet before racing off his line to block the rebound from Ngoma.

On the other end, Bojang should have completed his brace when he broke through on goal but his shot was saved by the keeper for a corner.

Gambia dipped in their energy reserves as they sought a way back, but Gambia were relentless in their defending and though there were some nervous moments, they did just enough to guard their lead and book a slot in the last four.

Barry sealed the deal in added time as he raced quickest to tap home a rebound after the keeper spilled Bojang’s freekick.