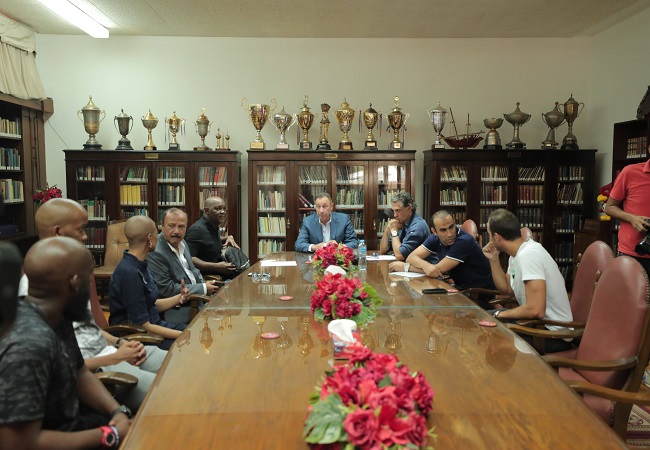 As a result, Al Ahly president Mahmoud El-Khatib has held a meeting, along with the club’s sports planning committee, with the first team head coach Pitso Mosimane to take stock of the team’s situation following the defeat to Simba SC in the Champions League.

The only goal of the game came in the 31st minute when Luís Miquissone found the back of the net with a powerful finish which found the top left corner.

According to Al Ahly TV, Bibo and the committee discussed with Pitso the current circumstances and the team’s form.They have also made a general evaluation of the South African manager’s work since arriving in October 2020.

Al Ahly currently sit third in their group with three points, behind AS Vita Club on goal difference. However, the Reds still have a big chance of advancing to the next stage.

Al Ahly’s next game in the CAF Champions League will see them host AS Vita Club in Cairo on 5th March.The Reds will first face El-Gaish on Sunday, 28th February 28 in the Egyptian Premier League.

Overall with Al Ahly, Pitso has led the team in 26 games, winning 20, drawing four, while losing two. He guided the team to the treble last season as well as the bronze medal in the Club World Cup.