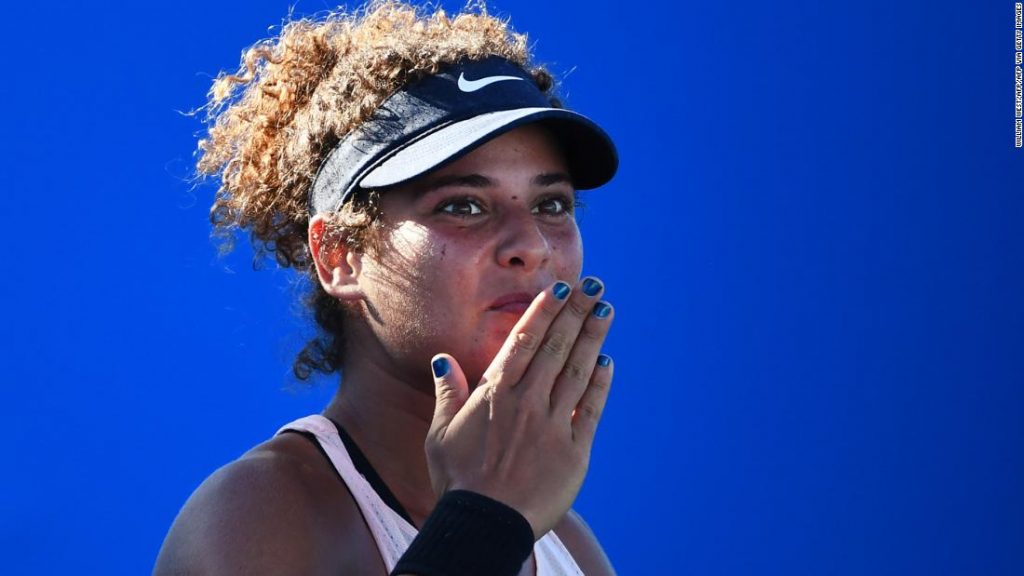 The 2021 Australian Open women’s singles draw served up so many great stories.

Naomi Osaka’s irresistible run to the title, Jennifer Brady’s breakthrough Slam and Karolina Muchova’s maiden major semi-final will attract most of the headlines, but there was also a significant moment for African tennis earlier in the tournament.

Egypt’s Mayar Sherif became the first woman from her country to win a Grand Slam main draw singles match when she defeated French qualifier Chloe Paquet 7-5 7-5 in the first round of the competition.

The 24-year-old, who had also come through the qualifying rounds in Dubai, would eventually fall to another qualifier, Slovenia’s Kaja Juvan in a closely-fought three-setter in the second round, but she had already made her mark in the tournament.

“I am proud of myself and all that I have achieved, and I will have more control the next time I play one of these games and hopefully win,” Sherif said following her defeat to Juvan.

“My plan is to be among the top five players in the world ranking, and the amount of support I have gotten from Egyptians recently is the best thing that has happened to me in the last period”

Sherif’s efforts in Australia saw her climb 17 spots on the WTA rankings to a new career-high mark of 114.

On a tour that is bereft of African talents at the top echelon, Sherif’s rise offers a small ray of home to aspiring African stars. The Egyptian is one of just five African players in the WTA’s top 500, and one of only two in the top 200.

Tunisia’s Ons Jabeur, who made the third round at the Australian Open before falling to eventual champion Naomi Osaka, is the highest-ranked African woman at No. 31 in the world.

South Africa’s Chanel Simmonds stands at No. 340 in the world and No. 3 in Africa, while Sheriff’s compatriot, Sandra Samir is the fourth-ranked African woman at 348th in the world.

Burundian youngster, Sada Nahimana, the world No. 465, rounds out the top five players in Africa.

From that group, Jabeur and Sheriff are the only players to have won Grand Slam main draw matches, while Simmonds, a former world No. 158, competed in the main draw of the US Open in 2013. She was beaten by fellow South African, Chanelle Scheepers in the first round.

Nahimana at 19 is one of the continent’s biggest hope.

The Burundian picked up her first ITF title at the Lagos Open in Nigeria in 2019, impressing with her blend of solid defence, dynamic athleticism and excellent variety.

Her style made her a huge fan-favourite in Lagos, with many going as far as backing the Burundian on sports betting sites in Nigeria. She definitely did not disappoint.

Nahimana’s progress was held back by the global sports shutdown in 2020, but she did finish the year strongly, reaching a couple of semifinals in ITF events in Monastir, Tunisia last December.

As the likes of Sheriff and Nahimana have shown, the talent is definitely there in Africa. With the proper opportunities, infrastructure and support system, the continent can start making a more significant impact on the global stage.