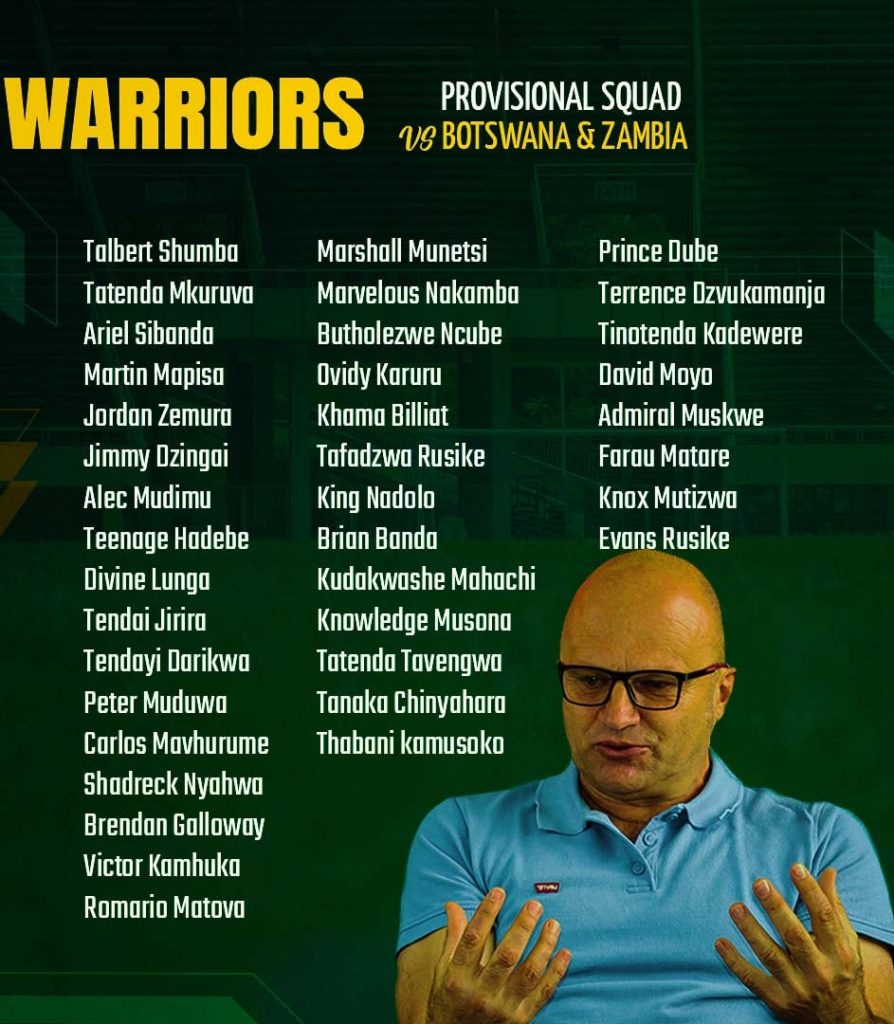 Zimbabwe’s Warriors coach Zdravko Logarušic has named a 38-member provisional squad for next month’s AFCON qualifiers against Botswana and Zambia.

Zimbabwe Football Association has quoted the coach explaining the rationale behind such a bloated squad.

“The coach said the unusually huge list is influenced by uncertainty over the availability of some players due to injury and COVID-19 regulations in different parts of the globe,” the statement reads.

Zimbabwe will host Botswana on March 25 in Harare then Zambia on March 29 2021.

Loga has explained the rationale behind the huge squad:

“We have more than 10 players whose availability is in doubt.

“We have problems with some injured regular players whom we used in our games against Algeria, especially Khama [Billiat], [Marshall] Munetsi and [Knowledge] Musona.

“We have to call up more players in case some test positive for COVID19 in camp,” he said.