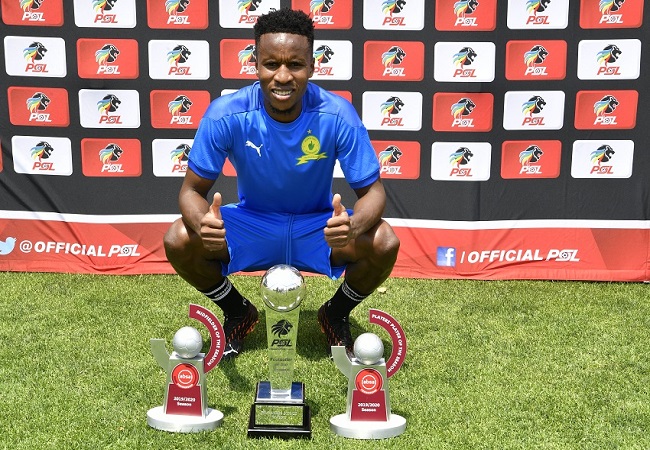 Mamelodi Sundowns are currently on a 20-game unbeaten run across all competitions this season. With their first and only defeat so far having come in the MTN8 quarterfinal – the opening game of the campaign – against Bloemfontein Celtic. And midfielder Themba Zwane has opened up on their impressive run this season. And he shared the secret behind their attacking quartet.

Throughout that run, four players in particular have made noteworthy contributions to form the Brazilians deadly quartet that tally 26 goals combined so far. They are namely Zwane, Peter Shalulile, Kermit Erasmus and Gaston Sirino.

Zwane, with eight of those strikes to his name, has since opened up on what has been making them tick despite having unexpectedly lost head coach Pitso Mosimane a few months ago.

“The team has been unbeaten and shows that we are doing something well. We are one team. We fight for one another. And we push all the time we play.” Zwane told the Downs’ website.

“We have quality players that are here to do the job. And we can do it. The combinations start at training as we push ourselves hard and try to communicate and understand each other.

“We motivate each other all the time. You can see when we score, we go to the corner and celebrate together. And that shows it is about the team. It shows that we are in this together. It doesn’t matter who scores but as long as the team wins.”