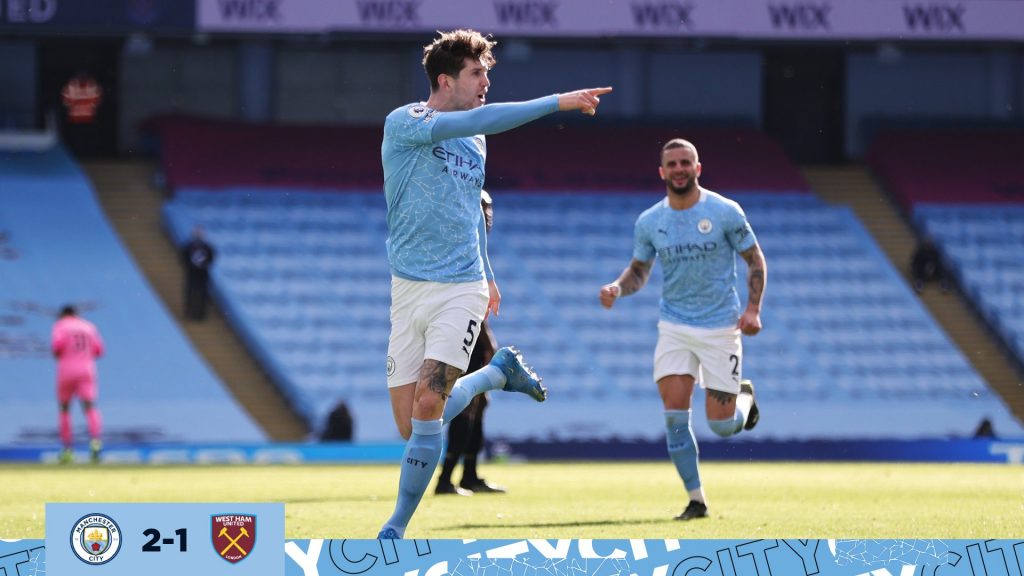 Manchester City has set another record in the Premier League following their 2-1 win over West Ham United at the Etihad Stadium.

Goals from Ruben Dias and John Stones stretched the Cityzens unbeaten run in the Premier League.

The last time Manchester City lost a league game was November 21 2020 and since then it had remain a winning spree for Pep Guardiola’s side taking it to 27 matches.

The result means City are now 13 points clear at the top of the table, although Manchester United and Leicester will both have the chance to reduce the gap to 10 when they play later this weekend.