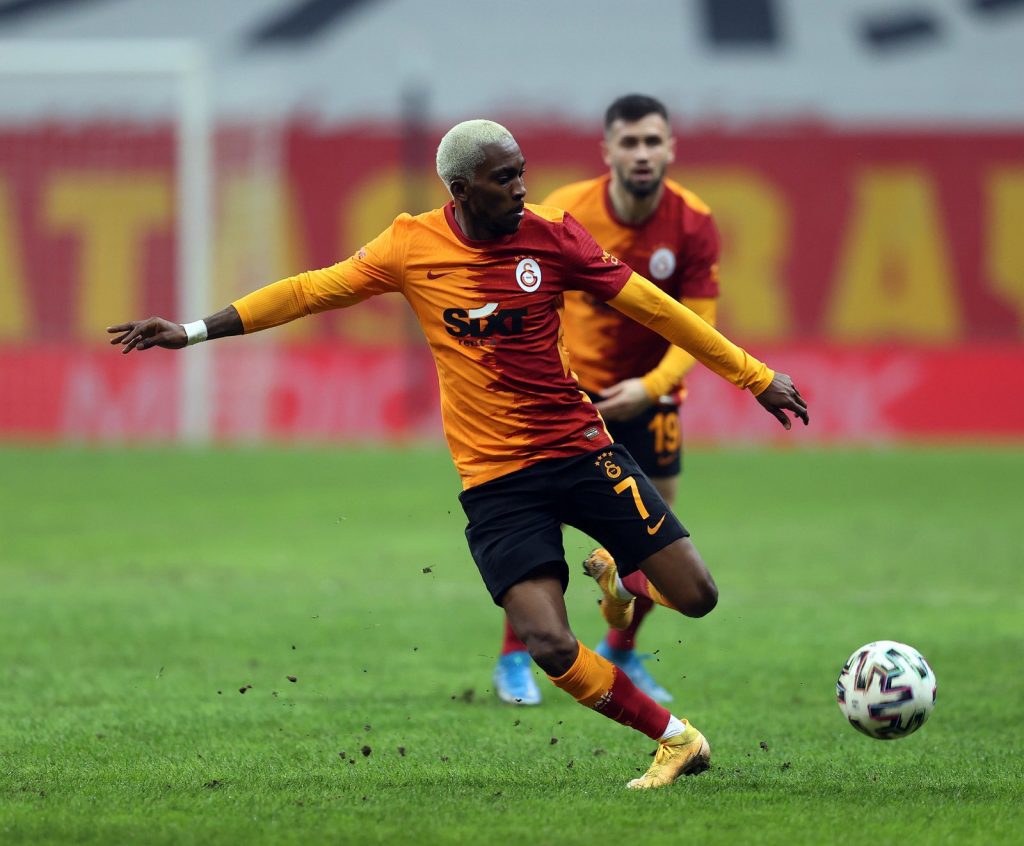 Henry Onyekuru is happy to see Galatasaray maintain hold their grip in the top spot of the Turkish Super League.
Galatasaray defeated Erzurumspor 2-0 at the Turk Telekom Stadium to remain on course to lift the title this season.
Mostafa Mohamed’s brace in the 38th and 45th minutes gave Galatasaray the there points to increase their winning streak to 8 matches.
The game was also the 300th appearance for Galatasaray goalkeeper Fernando Muslera.

Onyekuru who has been impressive since rejoining the Turkish giants took to social media to celebrate the latest victory and congratulated Muslera for his achievement.
“Another victory and still top of the league, Congratulations to @1_Muslera_25 on 300 appearances glad I play with you and not against you legend!” 💛❤️🧤🤟🏾
With the victory  Galatasaray now top the tnle with 57 points and their next game will be against MKE Ankaragucu in Matchday 28 of the Turkish Super League