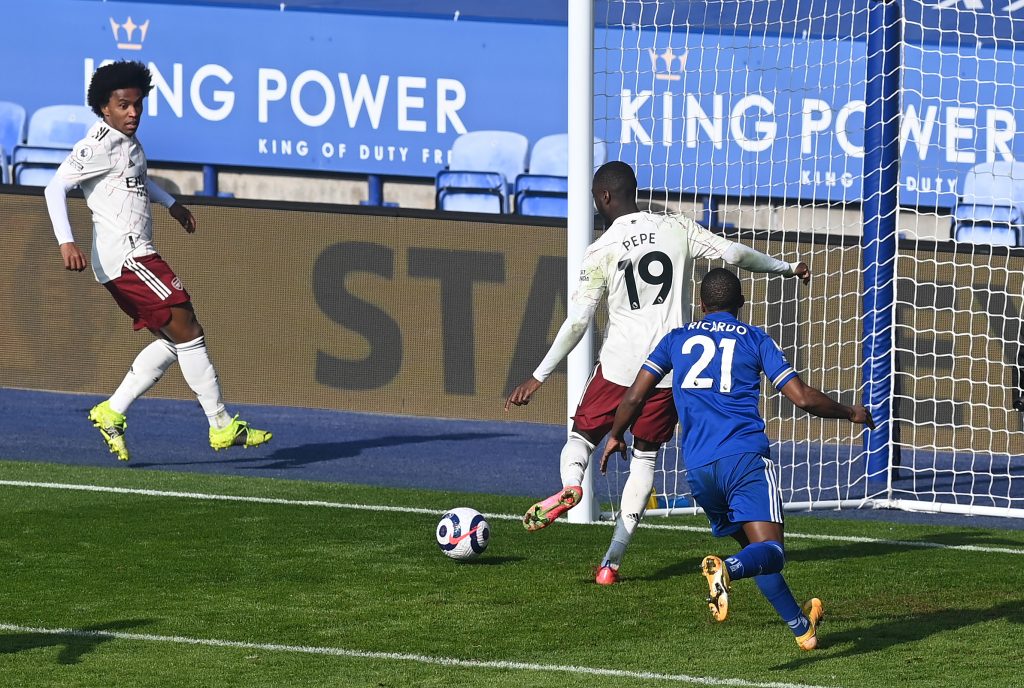 Mikel Arteta’s strong choices earn Arsenal a solid away victory against Leicester City who drops one place on the Premier League standings.

The Brazilian centre-back further restored the equality for the Gunners at the 39th minute after a penalty was denied Nicolas Pepe earlier.

However, Lacazette scores a penalty awarded to Arsenal in the additional time of the first half to make it two before both teams went to the locker room.

With the entrances of Aubameyang and Thomas Partey, the Emirates Stadium outfit managed to score another goal as Côte d’Ivoire international Nicolas Pepe make it three.

Thanks to this 1-3 victory, gunners are now tenth on Premier League table after 26 games played.