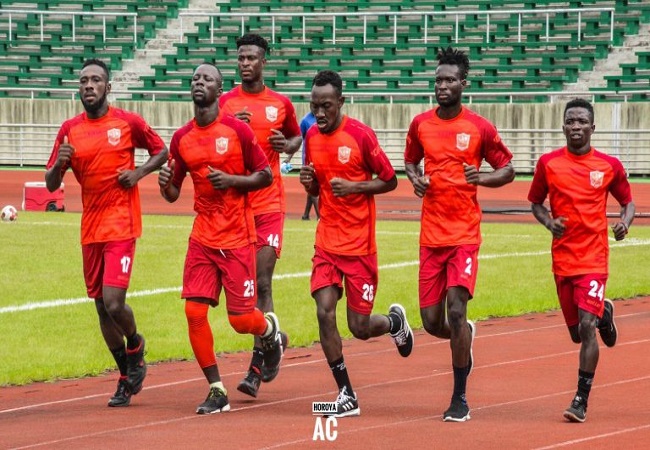 The Guinea Ligue 1 match between Horoya AC and Hafia FC has been postponed from today Sunday due to the Covid-19 pandemic fears.

The match will be played at a later date which LGFP will announce.

“You know the Horoya is returning from South Africa which is the birthplace of one of the COVID-19 variants,” Diomandé is quoted saying.

“So in consultation with the ANSS, we asked that the delegation carry out tests. Unfortunately, we do not yet have the results of the samples. So we decided to postpone the game to a later date. The clubs are already informed of the postponement.”