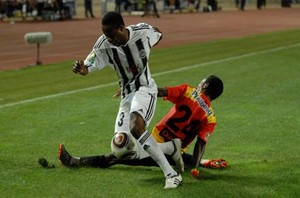 The Lubumbashi Derby between FC St Eloi Lupopo and TP Mazembe petered out to a dull and eventless goalless draw.

The game was characterised by missed half chances and lack of rhythm as both teams huffed and puffed in the country’s copper region.

In the end, Mazembe remain on top of the pile with 36 points from 16 games whereas Lupopo have 31 points on fifth position.

Mazembe should be worried that fellow contenders, AS Vita, have 35 points while lying on second place with a game in hand.

It means that a win for AS Vita can see them leapfrog the leaders at the top of the 16-member league table.

Even more worrying is the fact that Mazembe are struggling to score.

They have gone three games without locating the target, including in two CAF Champions League matches.