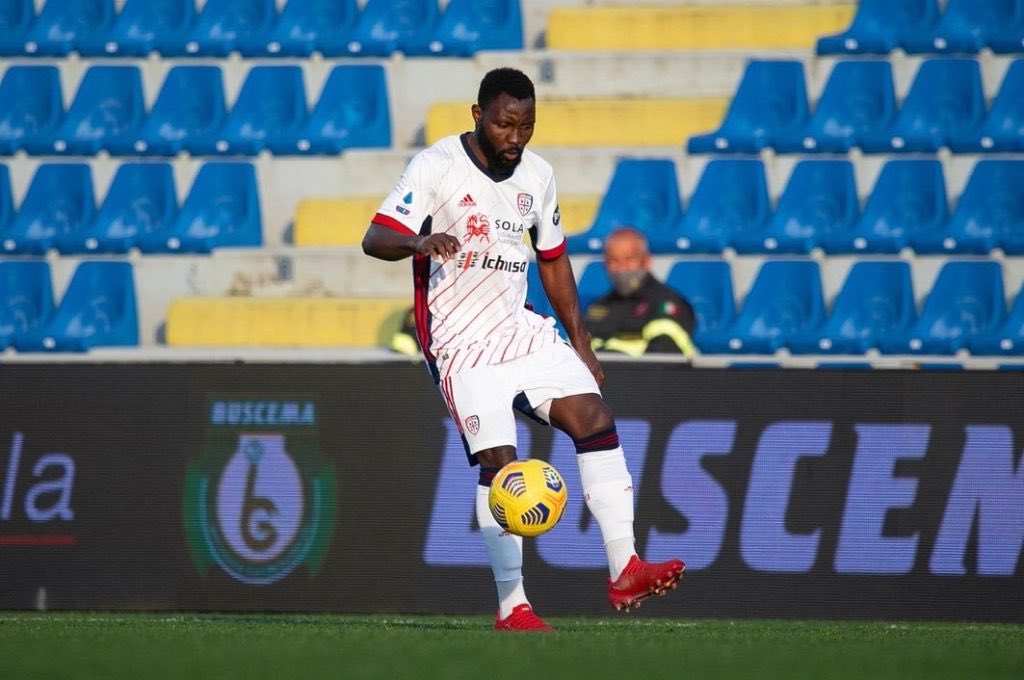 Ghanaian left-midfield Kwadwo Asamoah featured for the first time with Cagliari as they defeated Cotrone (0-2) on Sunday.

The 32-year-old played 23 minutes with the team of Leonardo Semplici.

That appearance was his 271th in the Italian top-flight making him the most capped African player in Serie.

The previous holder of the record was another Ghanaian. And it is former Black Stars midfielder and 2010 UEFA Champions league winner Sulley Muntari who has 270 appearances.

AFCON U20 : Karim Zito raises what Ghana needs to change before Gambia game

As a reminder, Kwadwo Asamoah joined Cagliari on winter transfer window on a free deal for one season.