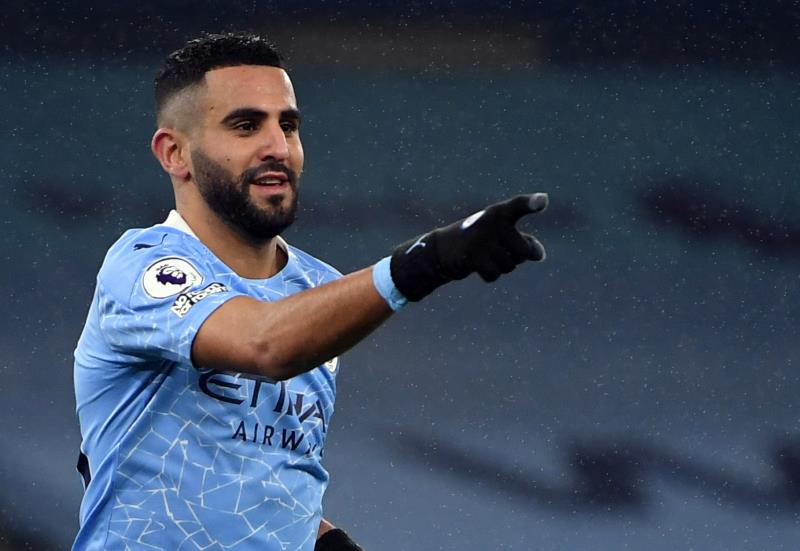 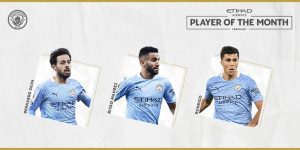 Riyad Mahrez has been shortlisted for the Etihad Player of the Month Award following his impressive form Pep Guardiola side.
The Cityzens has been in a blistering form going 27 games unbeaten in all competition following their Saturday 2-1 win against West Ham United.

Mahrez has been in sublime form during City’s 20 Premier League games win streak.
The Algerian assisted crucial wining goals away to Arsenal and also against West Ham over the weekend.
He also scored against Everton to put the Cityzens 2-1 up at the crucial time in the game.
The former Leicester City winger will face off competition from Bernando Silva and Rodrigo for the award.