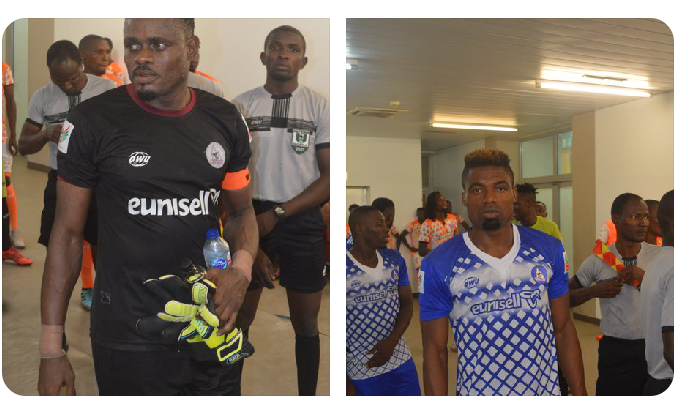 Nigeria Professional Football League(NPFL) side, Rivers United has suspended two players for unethical misconduct.
Rivers United suspended goalkeeper , Theophilus Afelokai and Ifeanyi Anaemena.
The club in a statement on its official website did not disclosed the reasons for the suspension but sources close to the club said both players disobeyed camp rules.

The statement from the club read as follow;
“The management of Rivers United FC has handed Theophilus Afelokai and Ifeanyi Anaemena an indefinite suspension for unethical & unprofessional sportsman conduct.
“The indefinite suspension takes immediate effect pending the outcome of an investigation on the matter.”
Rivers United suffered a 3-0 loss away to Akwa United in Sunday NPFL Matchday 13 game.
The ‘New Vision Boy’ who started the league on impressive note has now slipped to 8th position on the log from 11 games.