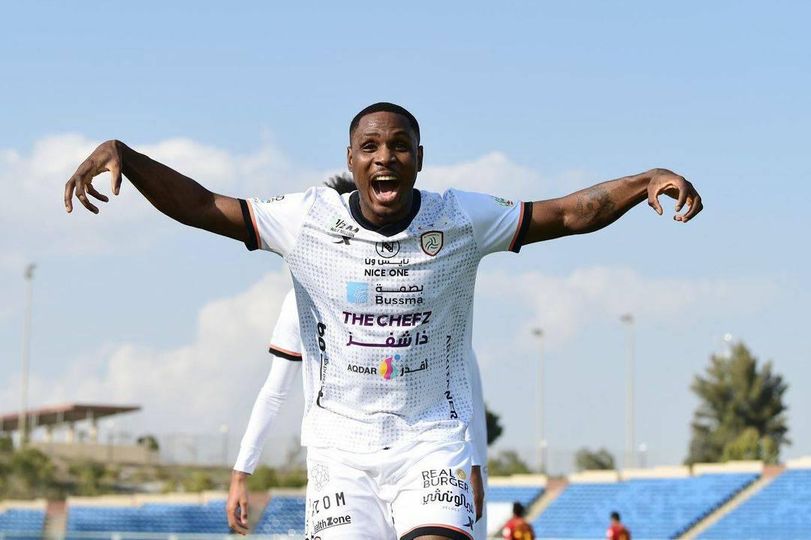 Nigerian forward Odion Ighalo confirms his good start to new life in Saudi Professional League once again as he scores twice in his side’s 3-0 victory over Damac.

Ighalo joined the Saudi side early this month from Chinese Super League side Shanghai Shenhua.

So far, the 31-year-old played four games with his new club.

After scoring on his second game, he provided an assist on the third before bagging a brace this Monday to help his side top the league table with 44 points after 21 games.

They will face Al-Qadisiyah next Friday for the matchday 22 of the league.