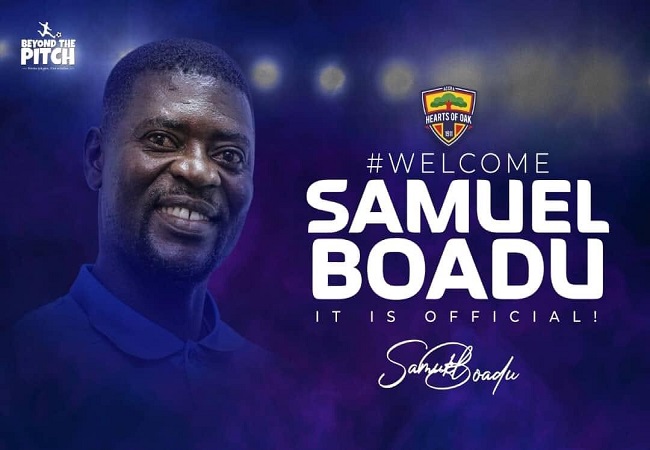 Boadu became the third coach to handle the Phobians this season after Edward Odoom. He who was reassigned to the junior side and Serbian trainer, Kosta Papic, who resigned last month.

Speaking at the unveiling, Togbe Afede XIV explained why the club has decided to put their destiny in the hands of the 35-year-old coach.

“That he has decided to join us from Medeama, which is doing quite well in the league currently, is a great testament to his belief in the board and management of Accra Hearts of Oak.

“And that we went for him, young an brilliant coach, is an expression of our commitment to attract the best talents to the club.” He emphasised.

“His ambition is consistent with ours.”

“We think we need someone like him. And he has also confirmed his believe in the fact that he needs a club like Accra Hearts of Oak to give him the appropriate platform for the realisation of his objective.” He continued.

Coach Boadu admitted he was a long-time admirer of Hearts. And it had been his ambition to coach the club, adding that he did not hesitate when the opportunity came to handle the club.