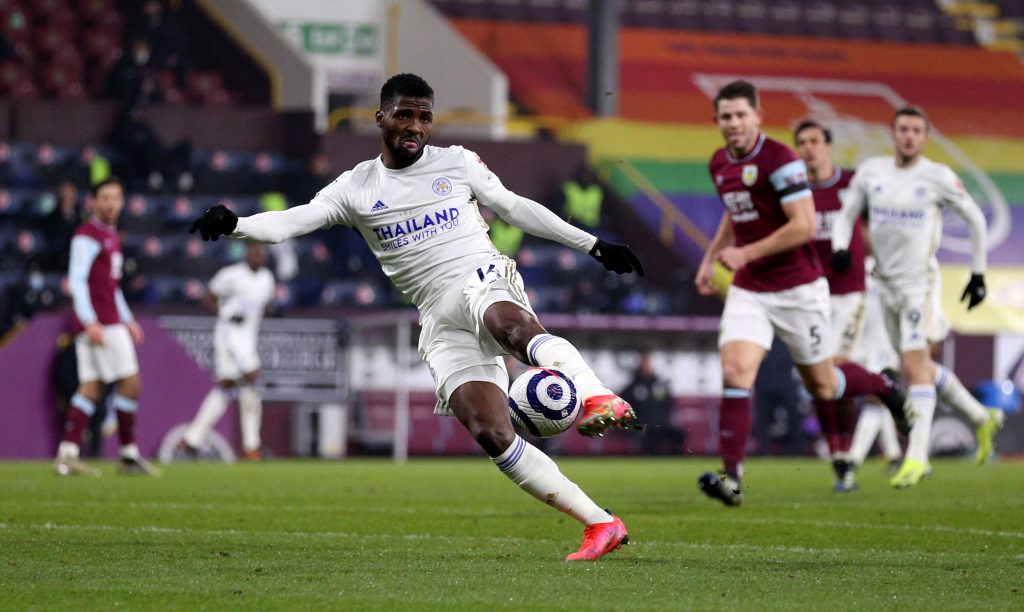 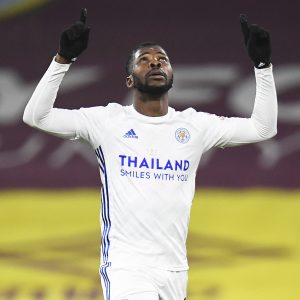 Super Eagles forward Kelechi Iheanacho rescued Leicester City from another defeat as the Foxes played 1-1 draw against Burnley.
Brendan Rodgers made three changes to the side that lost to Arsenal with Daniel Amartey, Papy Mendy and Hamza Choudhury all coming into the starting XI.
However, showcased their aerial prowess in the opening minutes threatening to take the lead as Leicester loanee Ben Mee nodded a free-kick over Kasper Schmeichel’s crossbar.

A loose pass in midfield presented the Clarets with another goalscoring opportunity on five minutes, and this time they took it, with Czech Republic forward Matěj Vydra slamming an effort into the back of the net.

The Foxes immediately settled into the game as they began to knock on the doors of the Clarets for an equalizer.

They missed some clear cut chances including being denied a penalty after Youri Tielesman was fouled inside Burnley box by Charlie Taylor.

Wilfred Ndidi who played as a centre defender  linked up with Iheanacho who finally equalized in the 34th minute after he missed the first opportunity.

Later on, Iheanacho right his wrong as he  peeled off the shoulder of Mee and hammered a brilliant first-time volley past Pope, connecting sweetly with Ndidi’s pin-point pass.

That was his sixth goal of the season in all competitions.

Daniel Sanchez: the Coach of Valencia regrets the departure of Foued Kadir.

Daniel Sanchez: the Coach of Valencia regrets the departure of Foued Kadir.