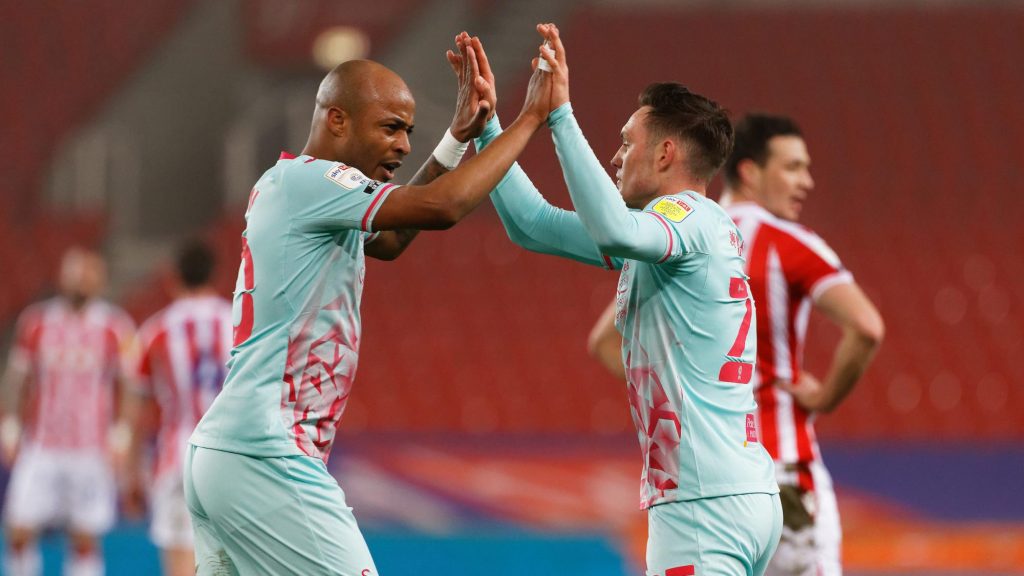 Ghanaian striker Andre Ayew scored the winner for Swansea City from the penalty spot as they beat Stoke City 2-1 on Wednesday.

Swansea were pegged back after Stoke snatched the lead through Nick Powell for the hosts.

However, defender Connor Roberts equalized before Ayew slotted in the winner in added time.

Roberts said he was delighted to see Swansea again show their strength of character to bounce back from recent disappointments with victory at Stoke.

“That was massive for us, we had been in a little bit of a sticky patch compared to what had come before, so it’s good to bounce back because that’s part of our mindset,” Roberts, was named man of the match, told Swansea website.

“If we don’t win, or we don’t get the performance we want, our target is always to bounce back at the first opportunity.

“We have been able to do that in parts of the performance and in the result. It was not a big issue for us, there’s been no shouting and screaming, it’s been about keeping to the plan and the things we know we are good at it. We hope this result can be the start of another little run for us.”