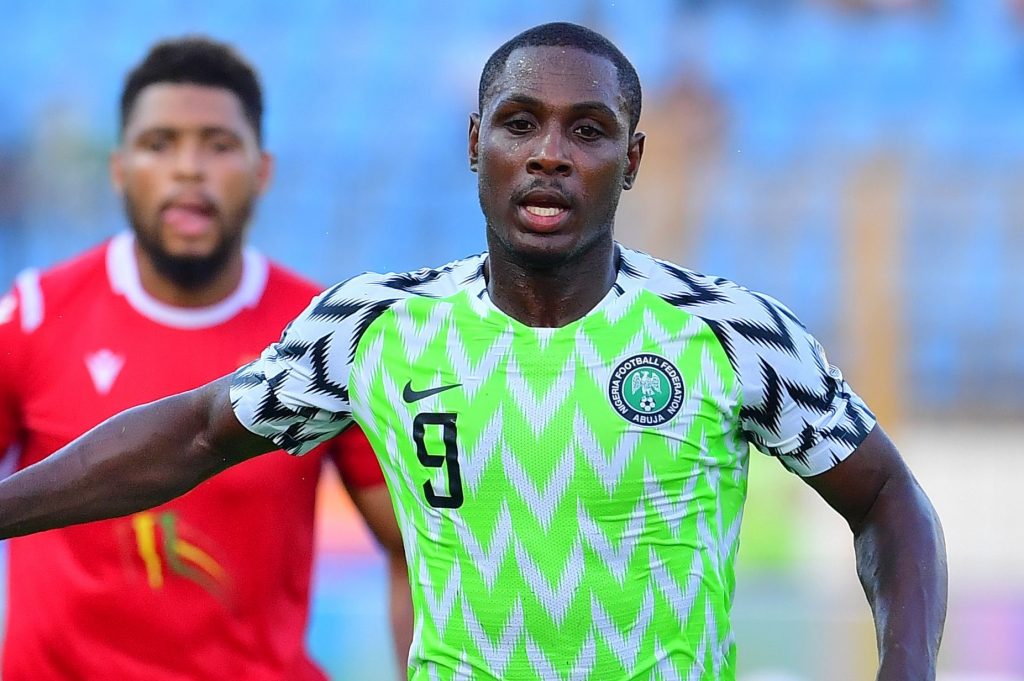 Al-Shabab forward Odion Ighalo is considering playing again for the Super Eagles of Nigeria after leaving the national team in 2019.

Ighalo is having a good start to life in the Saudi Professional League with Al-Shabab as he scored three goals in the five goals he played with the Saudi side.

The former Manchester United is now set to make a decision on his international feature.

“I have been approached by the coach, but I haven’t decided yet whether this is a path I want to follow again,” Ighalo told BBC Sport Africa.

“We’ve been talking about it for a while and hopefully soon I will make that decision.”

“I need to decide because I have huge respect for my country and the coach, so it’s only fair to let people know where you stand,” he added.

In addition, Super Eagles will face Benin Republic and Lesotho later this month for the AFCON 2021 qualifiers remaining games.