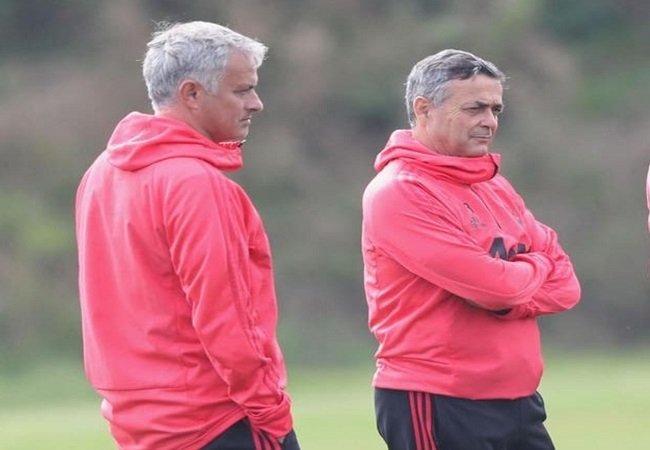 Formosinho worked with the veteran Portuguese manager in England at both Manchester United and Tottenham Hotspur until 2020.

Al-Hilal, who are in Algeria for a Caf Champions League tie against CR Belouizdad, confirmed the appointment of Formosinho via a Facebook post.

Initially, the former Champions League runners-up had appointed Zoran Manojlovic. But the Serbian did not stay long and forced the club back into the market.

Al-Hilal had approached Egyptian tactician Hamada Sedki. But the move was reportedly opposed by the club’s honorary president Turki El Sheikh, who fronted the candidacy of Formosinho instead.

The Portuguese tactician joins a club that has enjoyed unparalleled domestic success. As they are the record champions of Sudan’s Premier League.

They have won the league title a record 27 times, the most recent coming in 2017. The Omdurman club has also won the Sudan Cup seven times, the last one in 2017.

The giants, based in the State of Khartoum and founded by graduates of Khartoum Memorial College 91 years ago, finished second in the 2019-20 season.

At continental level, Al-Hilal have made 34 appearances in the Champions League with their best being losing finalists in 1987 and in 1992.

In the Confederation Cup, they have made appearances on six occasions. And they were semi-finalists in 2010 and in 2012, which remains their best achievement in the competition. They have featured in the African Cup winners’ Cup four times. And they played in the Caf Cup on two occasions.

Although they are no longer an ever-present side in the Cecafa Club Championship, Al-Hilal took part in the competition from 1985 to 1999. Making eight appearances in total.

Formosinho, 64, himself with vast experience in club management, launched his career in 1992. And he has gone on to serve a massive 21 clubs since.