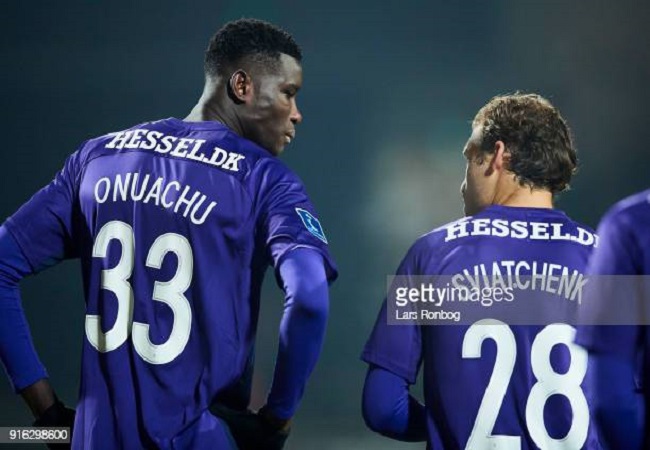 Denmark international center back Erik Sviatchenko is urging Racing Genk striker Paul Onuachu to snub Scottish Premiership giants Glasgow Celtic if they make a move for his services in the summer transfer window.

Sviatchenko was teammates with Onuachu for several seasons, with both playing together at FC Midtjylland, before the Nigeria national teamer moved to Belgium in the summer of 2019.

The FC Ebedei product has seen his stock rise in 2020-2021, scoring an impressive 25 goals in all competitions – his best-ever goal tally in a single campaign.

For someone with those amount of goals, Onuachu is expected to move to a more glamorous league in the summer transfer window.

“I really don’t think Paul would move to Celtic at this point in his career. His next step is likely the Premier League or a Bundesliga club“. Sviatchenko told Celts Are Here when asked about the possibility of Onuachu joining Celtic.

Onuachu has a contract with Racing Genk until the end of the 2023-2024 season.