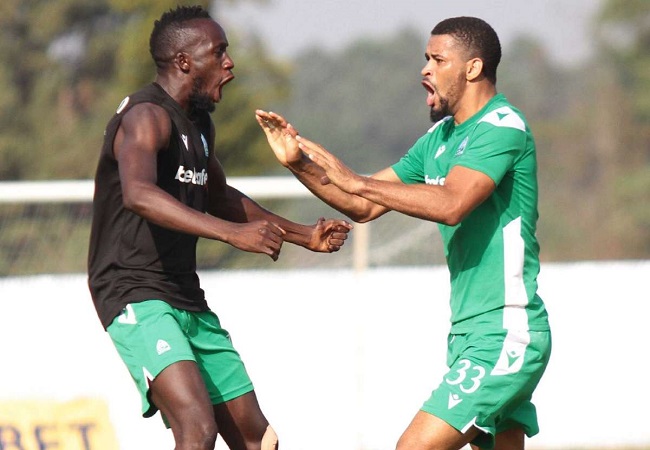 Wilson Silva has made history. He is the first Brazilian ever to score a goal in the Football Kenya Federation (FKF) Premier League.

In a man-of-the-match performance, the Samba boy scored the second goal that enabled the Kenyan champions to defeat Kakamega Homeboyz at the Bukhungu Stadium on Tuesday.

The goal came moments before the end of the match. He stabbed home a loose ball from in the penalty area following a corner and in a spell where the hosts struggled to clear the ball to safety.

Thereafter, Silva, whose arrival on the Kenyan scene has been greeted with excitement and anticipation celebrated by running towards the technical bench and thumping his chest in a passionate fashion.

Silva, 35, was born in Araras, Brazil. And he spent his youth career at the famed club Corinthians.

He spent his senior career playing for different teams in Brazil, Italy, China, and Japan, scoring over 70 goals in more than 290 appearances.

His successes on the pitch include winning the Brazilian First Division in 2005 with Corinthians Fc.

He was also part of the Sport Recife squad that won the Pernambuco state Championship in 2010.

Earlier this year Silva took on the risk and year and flew 8,922 km from Rio de Janeiro, Brazil, to join K’Ogalo.

He hails from the greatest footballing nation which has won the FIFA world cup a record 5 times, the Copa America 9 times, and the Olympics in 2016.

He is the third Brazilian player to play for Gor Mahia even though the other two including Giovani Rodriguez Bissolli and Thiago da Silva turned out to be flops.