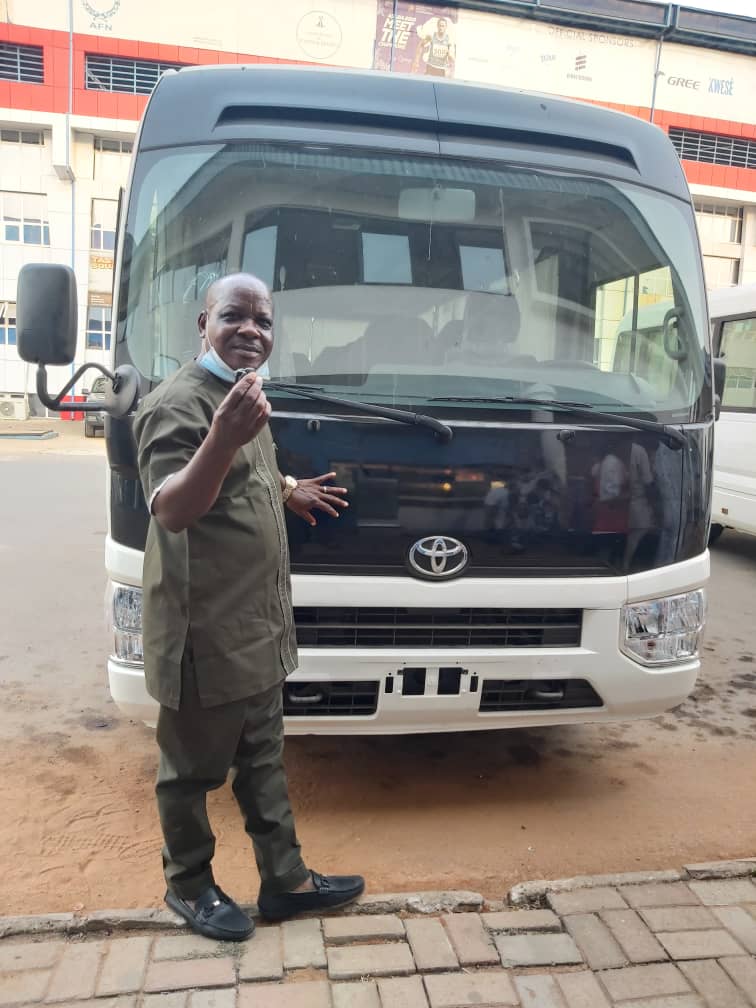 In clear demonstration of his love for the Seasiders, the Delta State Governor, Dr Ifeanyi Okowa, has donated a brand new coastal bus to Nigerian Professional Football League, NPFL, side Warri Wolves.

While making the presentation of the new vehicles on the behalf of the sports loving governor, his representative, the chairman of the Delta State Sports Commission, DSSC, Chief Tonobok Okowa, charged the Seasiders to justify the investment of the state government in the team with good performance, urging them to maintain the vehicles and put them to good use.

“The presentation of these vehicles, a brand new Toyota Coastal Bus and Toyota Sienna, is geared towards making the team solid and the atmosphere conducive for you to thrive,” Chief Okowa stated emphatically.

“Churn out good results in the league to justify the state government’s investment in the team.”

“Press on and fight for every point. We’re solidly behind you, providing you all the desired support you need to succeed.”

Responding, the Chief Executive Officer of Warri Wolves, Etu Moses, promised to reciprocate the fine gesture of Governor Okowa with good performance on the pitch, thanking him for his love for Warri Wolves.

The presentation ceremony was held at the DSSC office inside the Stephen Keshi Stadium in Asaba on Friday,March 5, 2021.

The Director General of the DSSC, Chris Anaziah, and other senior officials of the commission were present at the event.

Warri Wolves will host Akwa United in Ozoro on Monday, March 9 in a Matchday 14 tie of the NPFL.