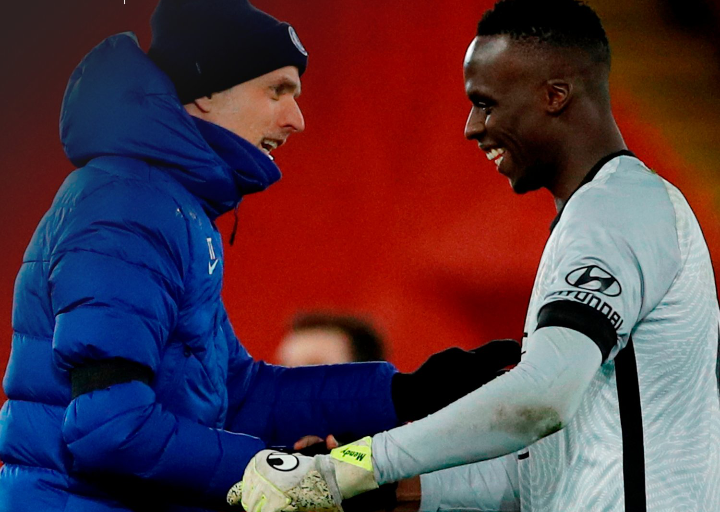 Chelsea manager Thomas Tuchel has continued to write his name in the history book since he took over from Frank Lampard.
The German on Monday guided the Blues to a convincing 2-0 against Everton t Stamford Bridge in the Premier League.
A 31 minutes own goal by Ben Godfrey and Jorginho’s 65th spot kick saw Chelsea moved to 4th place on the table with another clean sheet.

Read Also: Our victory over Man City was fantastic- Solksjaer

Tuchel now become the first manager in Premier League history to see his side keep a clean sheet in each of his first five home games in charge in the competition.
It was also another remarkable game for Edoaurd Mendy who according to Opta has kept more clean sheet that any goalkeeper playing for a top five European league side.