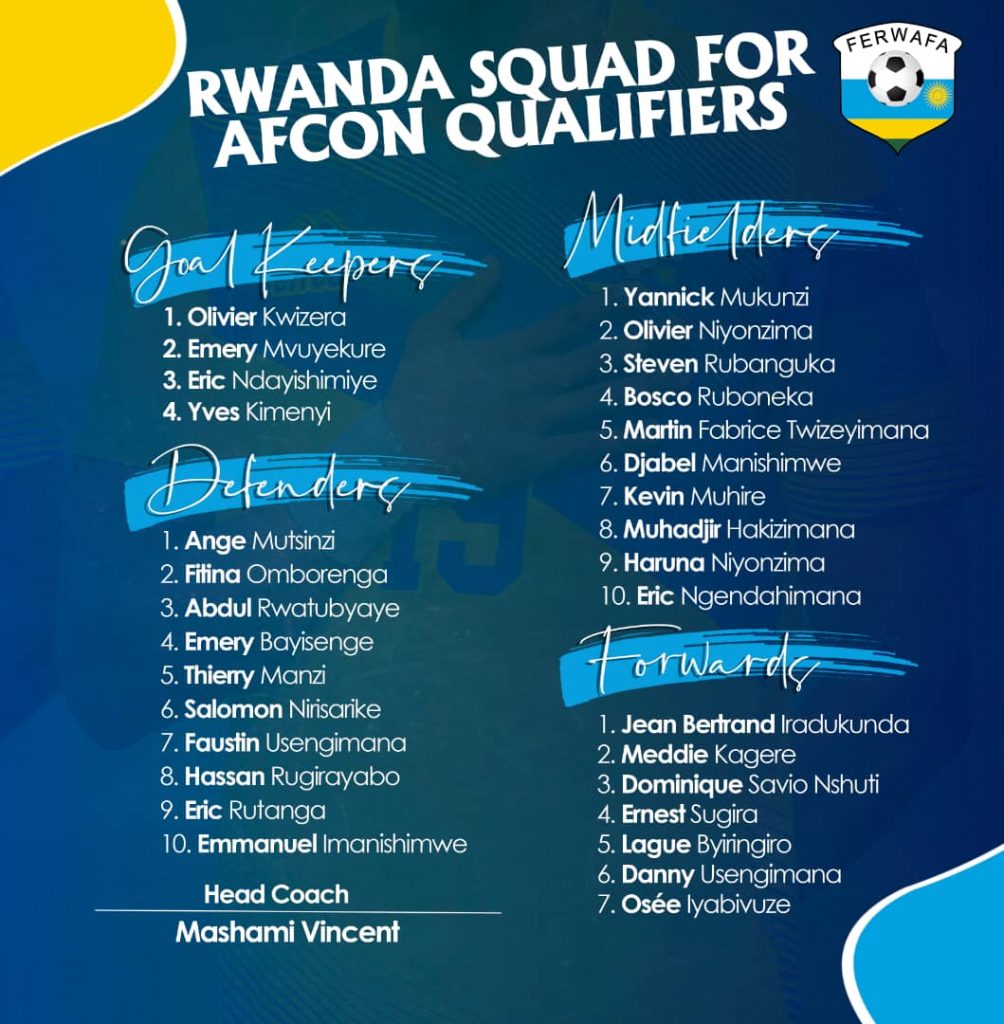 Rwanda coach, Vincent Mashami, has released a provisional squad of 31 players for the forthcoming qualifiers against Mozambique and Cameroon.

Rwanda have since regrouped ahead of the matches against the Mambas on the weekend of March 24 followed by a trip to Cameroon six days later.

Mashami has summoned players such as Simba SC striker Meddie Kagere and AS Kigali midfielder Muhadjiri Hakizimana, who was Rwanda’s best player at CHAN 2020.

Yannick Mukunzi, who plays for Sweden’s Sandvikens, and captain Haruna have also made the squad.

Conspicuously absent from the squad is Jacques Tuyisenge, who captained the team in the CHAN 2020 tournament.

Rwanda defeated Mozambique 2-0 at the Zimpeto National Stadium in the first leg match.