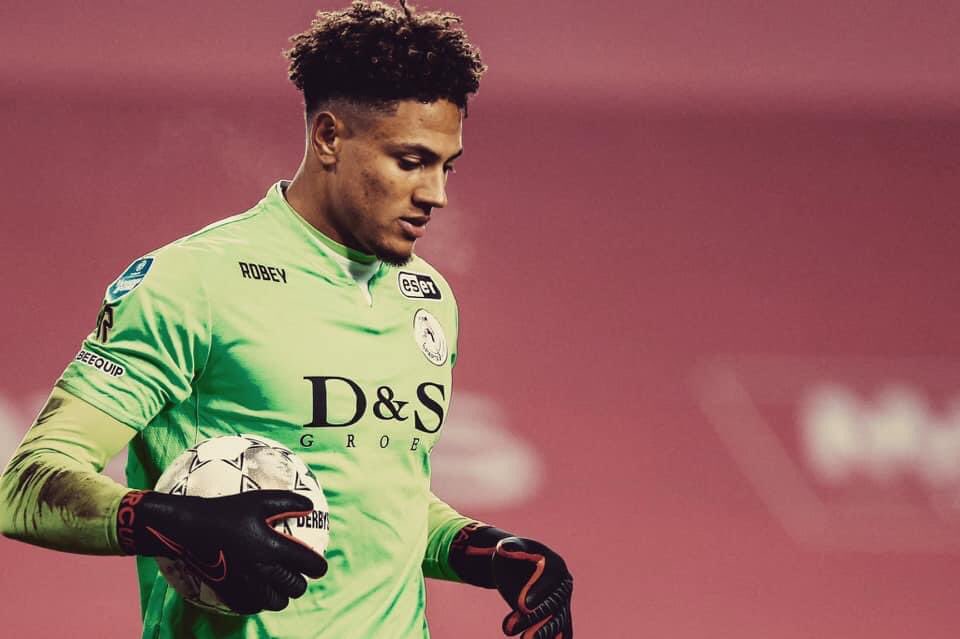 Okoye was voted as Man-Of-The- Match performance as he helped his team pick a vital away win in a rescheduled Eredivisie game.
An ideal evening for Okoye and his teammates saw them expand their six-point lead over the number 16 of the Eredivisie, Willem II.
The former Fortuna Dusseldorf goalkeeper made strings of saves to deny VVV from scoring.

Vito Van Crooij thought he had 52nd  long shot by Vito was hard, but Okoye grabbed hold of it.
Three minutes later, former Spartan Joshua John was dangerous. Again a long shot, but again Okoye who boxed the ball out of the corner.
VVV could have taken the lead in the 57th minute.
Joshua John ran off on the right, finished Meijers and passed Van Crooij.
The number 10 of the home team, however, did not head far enough into the corner, so Okoye had to save for the third time in a row.
After he 70th minute, Sparta took the lead against the ratio. Not that even one Spartan would worry about it, because a goal is a goal.
A cross from Lennart Thy was shot into own goal by VVV and Sparta took a 0-1 lead with twenty minutes to play.
With six minutes of official playing time on the stadium clock, Sparta could have made the 0-2.
Lennart Thy, however, shot right at Kirschbaum, which meant that the game was not ended.
Just a minute later, substitute Jeffry Fortes hit the post hard.
A tumultuous final phase followed, where the lead role was played by Maduka Okoye.
The goalkeeper took the points for Sparta in injury time after Hunte seemed to head in the equalizer.
The win is Rotterdam 7th win in the  Dutch League and earned Okoye his 5th clean sheet in 18 appearances.
Okoye after the game posted a video on social media dedicating the victory to Rotterdam fans.