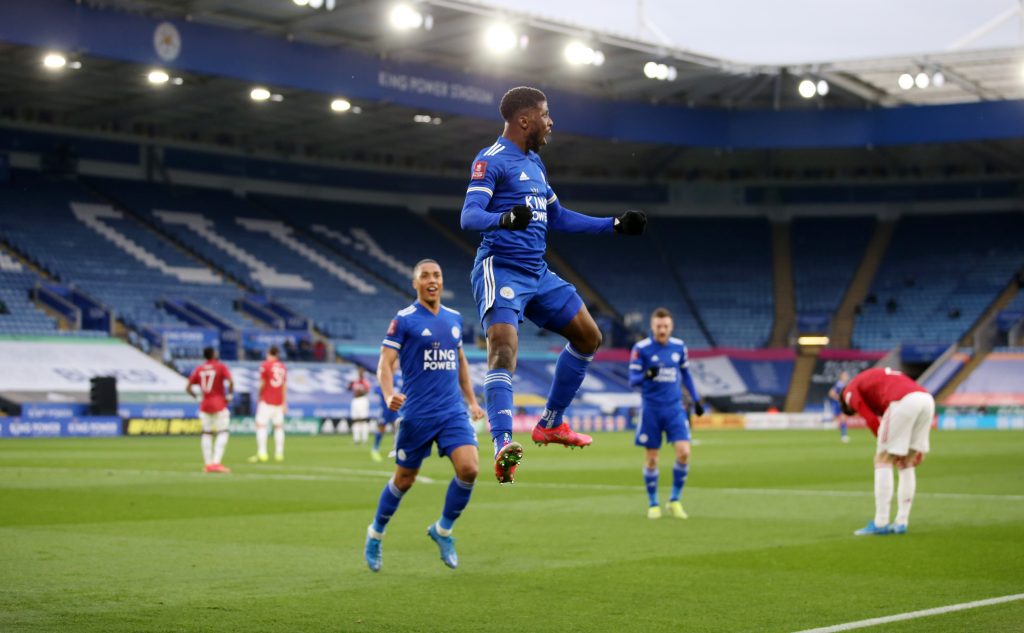 Kelechi Iheanacho has matched Didier Drogba’s record in the FA Cup following his brace against Manchester United on Sunday.
Iheanacho who has been impressive for Leicester City led the onslaught as he scored twice and provided an assist.
He has now become the joint African player with the highest goals in the FA Cup after Drogba with 12 goals.
Iheanacho put Leicester City in front as he latched onto Fred’s misplaced pass and rounded Henderson before slotting into an empty net.
seven minutes before the interval, Greenwood slammed into the bottom corner after Donny van de Beek dummied Pogba’s cross, levelling matters at 1-1 in a hotly-contested first half.
Youri Tielemans made it 2-1 for Leicester
and it was Praet who would go on to play a major role in the Foxes’ third goal of the clash, as he won a free-kick on the wing after being fouled by McTominay.
Albrighton sent it in and there was Iheanacho at the back post to convert his second of the game.
Kelechi Ịheanachọ has now had a direct hand in 15 goals in his 15 starts across all competitions this season (11 goals, 4 assists), eight of which have come in his last four matches (7 goals, 1 assists).