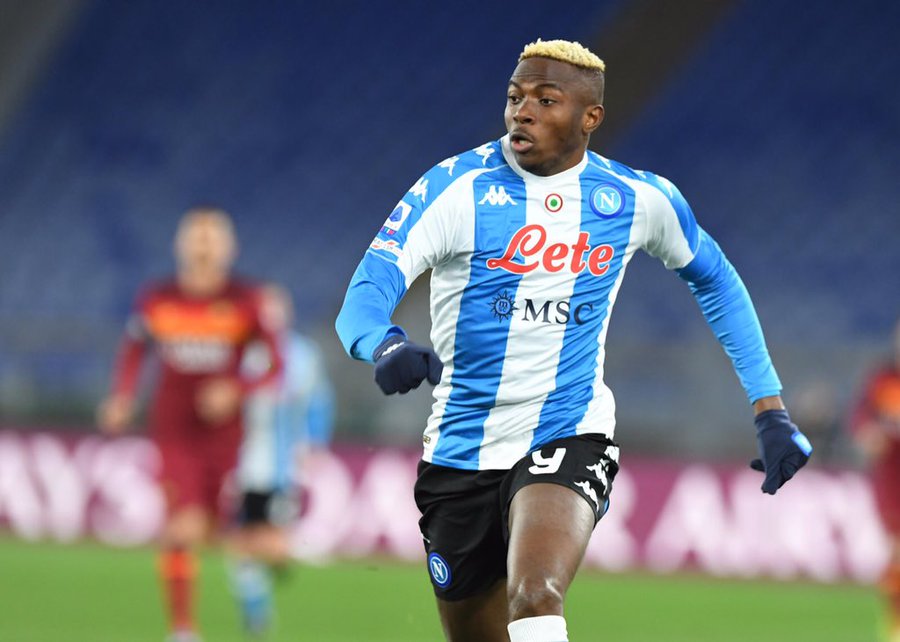 Napoli has confirmed that Super Eagles forward Victor Osimhen will be available for the Africa Nations Cup qualifier against Benin Republic and Lesotho.

Due to fear of second wave of coronavirus, clubs are blocking players from travelling for international duty.

Napoli in a statement on it’s official website confirmed that a total of fourteen of the club players have been called up for international duty.

A total of fourteen Napoli players have been called up for international duty as Serie A takes a break for a week.

The statement add that Victor Osimhen will also be in African Cup of Nations qualification action, having been called up by Nigeria for their games against Benin (27 March) and Lesotho (30 March).

Osimhen is expected to join with the rest of the Super Eagles squad.

The duo of Henry Onyekuru and Oghenekaro Etebo also arrived camp on Sunday in preparation for the AFCON qualifier.

Nigeria is expected to travel to Benin Republic through water to face the Squirrels on March 27 before hosting Lesotho at the Teslim Balogun Stadium, Lagos.