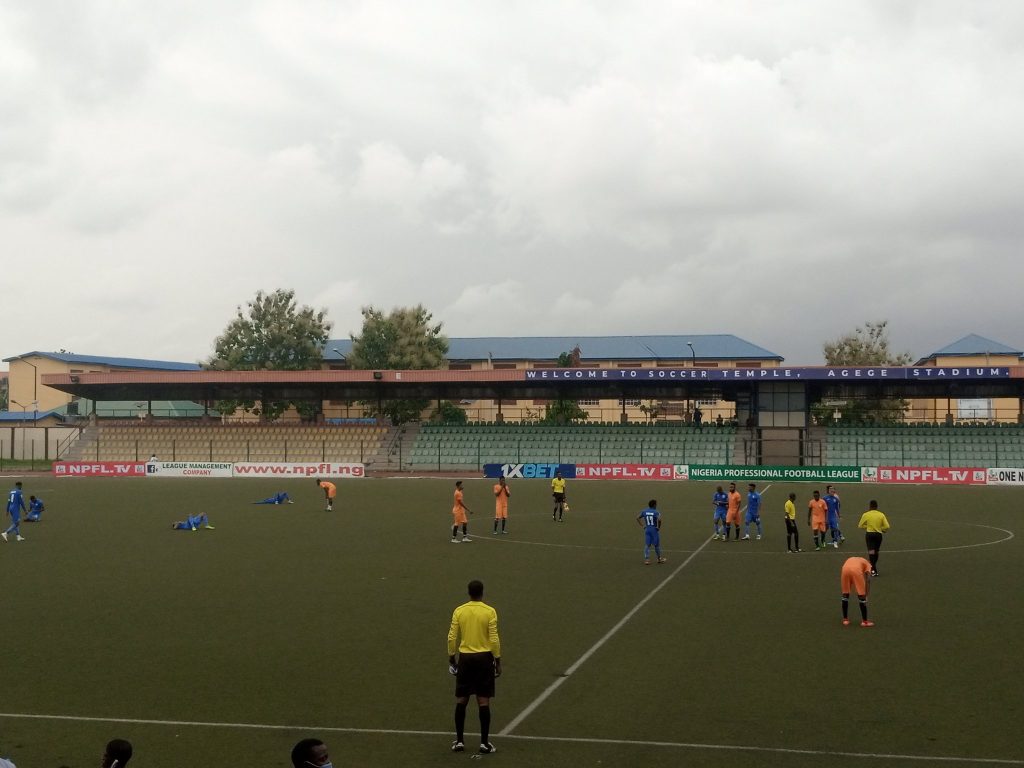 Read Also: We Hope To Build On Our Performance Against Heartland- Offor

The forward found himself in a one on one situation with Enyimba goalkeeper John Noble but lacked the confidence to bury the ball in the 42nd minute.
Both teams went into the dressing room with nothing separating them.
The second half resumed with both side sizing themselves as Enyimba began to press higher for the opener.
Sunshine Stars shot themselves in the arm after failing to clear a long ball from Noble as Obi stayed calm to slot the ball past Sunshine goalkeeper in the 52nd minute.
That goal proved to be the only difference as Enyimba moved to 4th on the log with four outstanding games.