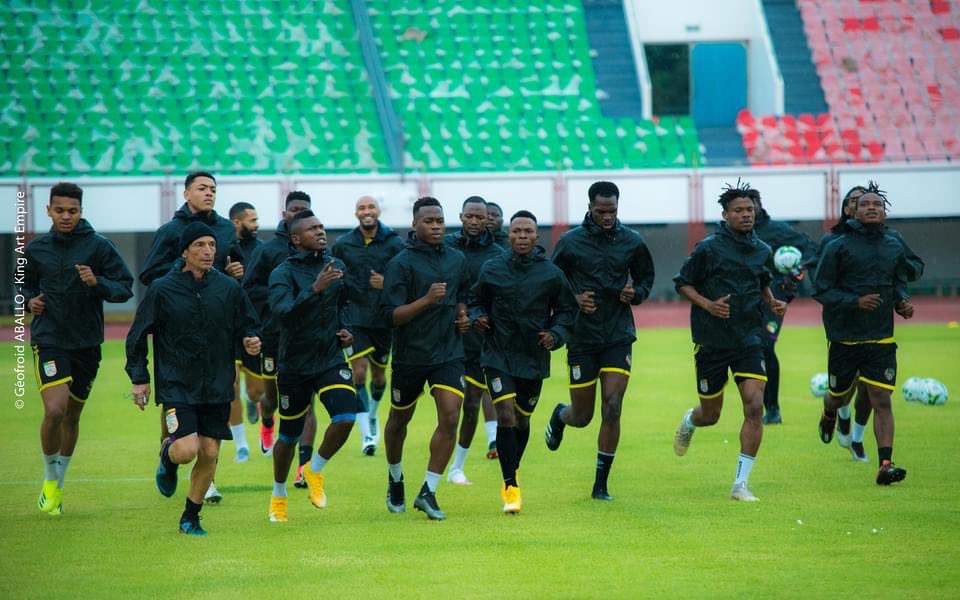 Coach Michel Dussuyer oversaw the training with all invited players in attendance.