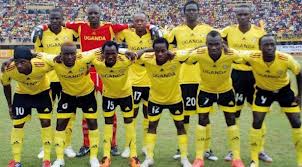 Uganda’s Cranes have stepped their logistical game ahead of the 2021 Africa Cup of Nations (AFCON) qualifying matches.

Federation of Uganda Football Association (FUFA) has announced that it will charter a plane to Malawi for their final Group B qualifying match against the Flames.

FUFA communications director, Ahmed Hussein, has confirming the plans to charter the plane. Uganda won the home leg 2-0 against Malawi.

“The team will fly out on 28th March 2021 aboard Uganda Airlines Bombardier. It is important for the National Team to travel with a lot of comfort during the current COVID-19 times when you need the entire team to move together for better preparations…the final contingent will be released by FUFA,” FUFA website quotes Hussein saying.

Uganda also chartered a plane to Burkina Faso for the first leg match which ended in a draw.

The final qualifying match for the group will take place at Kamuzu Stadium in Blantyre on March 30.

Before that match, Uganda are hosting Burkina Faso on Wednesday at St. Mary’s Kitende. Uganda have seven points and lie second in the group one point behind leaders Burkina Faso.

Malawi are in Sudan for a clash against bottom-placed South Sudan who have three points from four games. The Flames have four points.