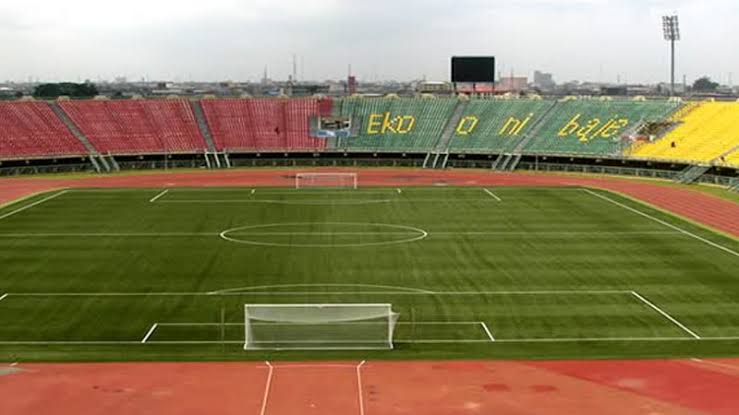 CAF has approved that 30 percent of fans should be allowed into the Teslim Balogun Stadium when Super Eagles host Lesotho in the fina AFCON qualifier game.

Nigeria will host Lesotho on March 31 after playing Benin Republic in Porto Novo.
Super Eagles will be playing in the Teslim Balogun Stadium after over a decade when they last used the stadium for international games.

The Teslim Balogun Stadium is a multi-use stadium in Surulere, Lagos, Nigeria.
It is used mostly for football matches and serves as a home ground of First Bank FC.
The Nigeria national rugby league team also use the venue.
The stadium has a capacity of 24,325 people, and is sometimes used for international football matches.
It once served as the venue for the Nigerian FA Cup final, just before it hosted some matches in the 2009 FIFA U-17 World Cup youth tournament held in Nigeria.
It sits adjacent to the Lagos National Stadium.